Veolia joins calls for a ban on peat use 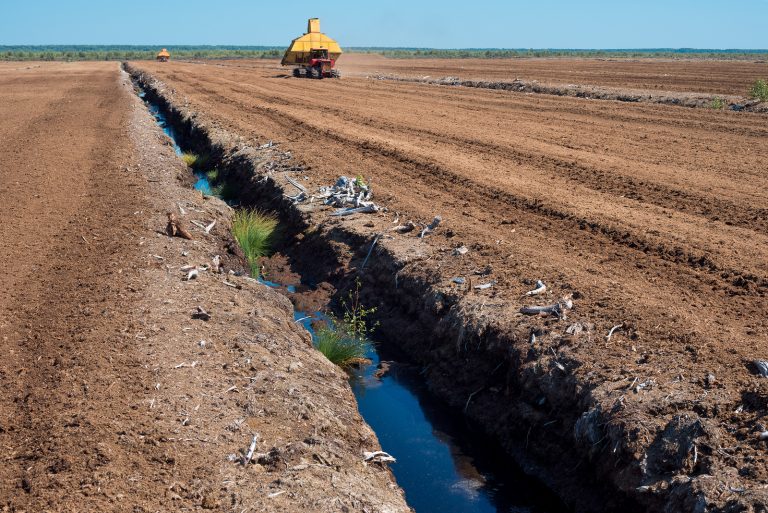 Global resource management company Veolia has called for a ban on peat use in compost, to help reach net-zero carbon targets.

Peat is made from partly decomposed plant material and forms in waterlogged areas. Peat harvesting (and burning) has long been a major industry in Ireland. The organic material is also attractive for compost use, as it retains water without soaking plant roots and is usually free of weed seeds and pests.

The UK’s peatlands store over three billion tonnes of carbon – this is around the same quantity as all the forests in the UK, France and Germany and around nine years’ worth of the UK’s total annual CO2 emissions.

In Ireland, concerns over the environmental impact of burning peat as fuel has come to a head. Proposals to co-fire a peat plant with biomass in County Offaly were rejected in July, due to concerns over the prolonged burning of peat.

In recent years, environmental campaigners have ramped up their efforts to protect peatlands. According to Veolia, in the UK, 280,000 tonnes of peatlands are being destroyed every year. Veolia, which describes itself as the UK’s largest peat-free composter, reported that the UK is destroying 805,000 tonnes of peatland for horticultural use, including imported peat. The company claims this is equivalent to cutting down 80,500 mature trees.

Richard Kirkman, chief technology and innovation officer at Veolia UK & Ireland said: “Peatlands are currently being destroyed at breakneck speed in the UK. At this rate, a vital ecosystem along with its wildlife and broader environmental value will be lost.

“Peatlands are carbon sinks, no different to rainforests like the Amazon – and yet peat decimation is happening on British soil.”

Veolia collects green waste from millions of UK households via its composting sites, processing the organic material into a nutrient-rich, peat-free product for farmers and gardeners. Kirkman added: “The Government must act on two fronts; incentivise peat-free compost for consumers while discouraging peat use through a phased, wholesale ban.  If we are serious about our planet’s health and children’s futures we need a root and branch removal of such a ruinous practice, especially when there is an alternative readily on hand to replace it.”