Application for Irish peat plant to co-fire with biomass rejected 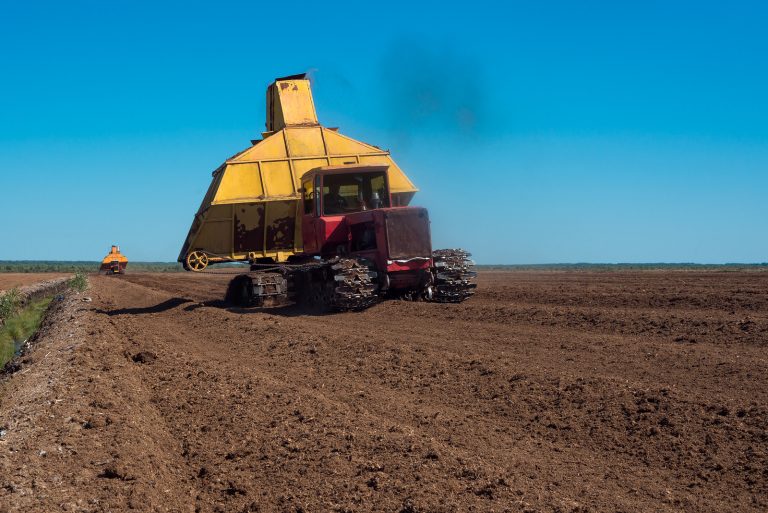 Peat harvesting
An application to convert an Irish peat plant to co-fire with biomass has been rejected, putting hundreds of jobs at risk. The local planning authority An Bord Pleanála refused permission for the Electricity Supply Board (ESB) plant in Shannonbridge, County Offaly due to climate concerns. The future of at least 300 jobs at the plant, run by Bord na Móna, is now uncertain.

The ESB had planned to convert the peat plant to co-fire with biomass from 2021, when its permission to burn peat expires, until 2027 when it hoped to become fully biomass-powered. However, the planning authority said there were several issues with the proposal, including the potential impact on the environment as a result of continued peat burning and the lack of clarity over the source of the biomass feedstock.

Denis Naughten, Independent Teachta Dála for Roscommon/Galway, told the Irish Times that the news was a “devastating blow to the whole region” which would have “far-reaching implications for thousands of jobs.” There are growing concerns that the plant in Shannonbridge may be deemed non-viable as early as January 2020, and that other workers across the region could be affected. The Irish Times reported that workers have been protesting over the planned job losses.

Friends of the Earth (FOE) Ireland opposed the plant conversion plans and hailed the planning authority’s decision as “the beginning of the end for peat bog destruction.” Kate Ruddock, deputy director at FOE Ireland told Green News: “The decision not to grant permission for a peat and biomass station recognises the significant climate pollution generated when burning peat…or from biomass imported from unsustainable locations.”

The ESB had also planned to convert its Lough Ree power station in County Longford to co-fire with biomass. However, the application was withdrawn following action by the Environmental Protection Agency over hot water discharges from the plant into the River Shannon. Lough Ree station has since been shut down and some seasonal staff have already been let go.

Will Noone, sector organiser with the Services Industrial Professional and Technical Union, told RTÉ: “Bord na Móna told us last Friday evening they were going to commence layoffs today. We believe they only stopped because they knew the community wouldn’t accept it.