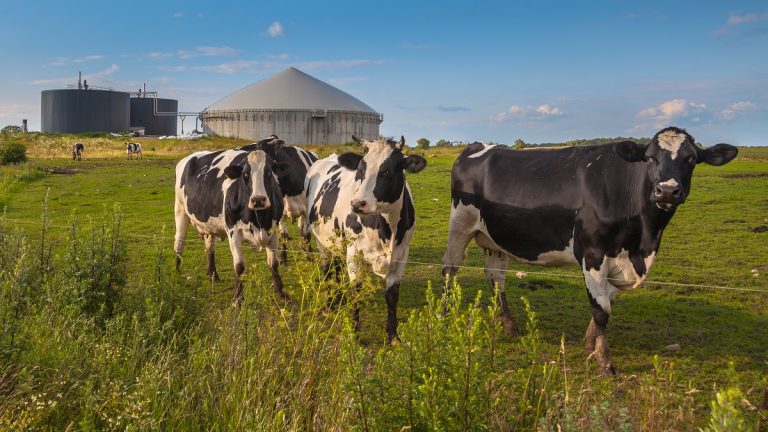 Aemetis Biogas has signed a utility pipeline interconnection agreement with Pacific Gas & Electric Company (PG&E) and made the final payment for the installation of PG&E’s equipment.

The biogas produced by the first two digesters has received an approved pathway by the California Air Resources Board and is used to displace fossil natural gas at the Keyes facility for process energy.

The centralised biogas cleanup and on-site RNG fuelling facilities at the Keyes plant are currently under construction and due to be completed in Q4. Construction of a further 15 digesters is in progress and scheduled to be complete in 2022.

Once complete, the planned 52 dairies will capture more than 1.4 million MMBtu of dairy methane and reduce greenhouse gas emissions equivalent to an estimated 5.2 million tonnes of CO2 annually.

The final $1.2 million (€1 million) payment will see the installation of PG&E’s equipment to deliver RNG into the utility gas pipeline later this year. The RNG interconnection equipment has already been fabricated onto modular units that are scheduled to be delivered to the Keyes plant and installed during the next three months.

When complete, the RNG produced by the Aemetis Biogas project will be delivered into the PG&E natural gas pipeline for sale to customers throughout California as a transportation fuel.

“As planned, the engineering, permitting, off-site equipment fabrication and full payment of $2.3 million (€1.9 million) to PG&E has been completed,” said Andy Foster, president of the Aemetis Biogas subsidiary of Aemetis.

“PG&E manages the fabrication and installation of the interconnection system connecting the Aemetis biogas cleanup and compression facility to the gas utility pipeline. We are pleased that a significant milestone for the Aemetis Biogas Central Dairy project was completed today.”