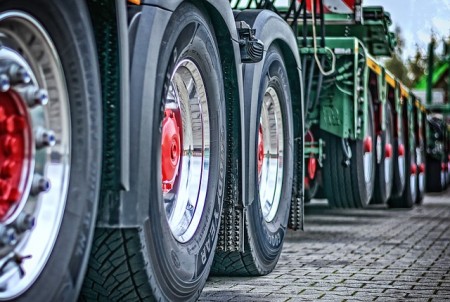 According to the Portland Press Herald, a driver of a wood pellet tractor-trailer lost control in Sidney, Canada and crashed into a guardrail.

The tractor-trailer crashed last week on Interstate 95’s northbound lanes after its driver fell asleep at the wheel. The Portland Press Herald states that no other vehicles were involved or damaged and that there were no reported injuries.

“Basically, the driver fell asleep, went off the road, crashed into the guardrail and probably ripped up about 100 feet of the guardrail,” said Trooper Samuel Tlumac to the to the Portland Press Herald.

The driver, Matthew Priestman, was driving a Burlington-based Sibley & Sons Construction company vehicle that was fully loaded with wood pellets during the crash. Tlumac added, “There was extensive damage done to the tractor and some damage to the trailer, but no damage to the cargo.”

The Portland Press Herald reports that Sidney Fire and Rescue and The Maine Department of Transportation assisted the state police in responding to the call. The tractor-trailer was pulled off the roadway by West Gardiner’s AC Towing Inc.