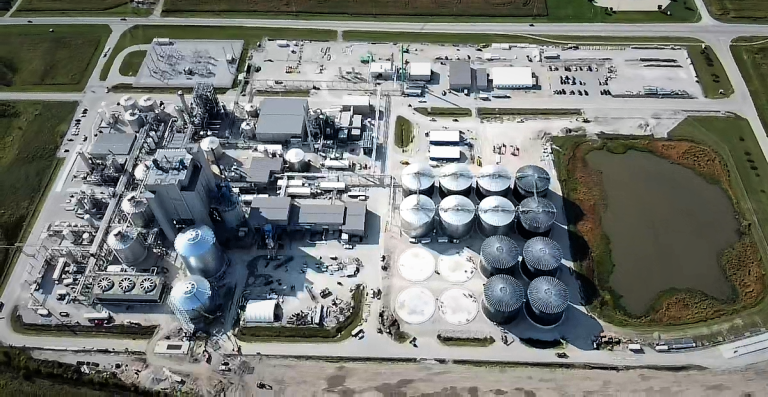 The first US industrial-scale RNG facility using agricultural residues as a feedstock has started operations in the city of Nevada, Iowa.

Verbio, the German parent company, purchased the former DuPont Cellulosic Ethanol plant in late 2018. The new Nevada plant will produce 7 million ethanol gallons equivalent (EGE) of RNG with the completion of Phase I. On completion of Phase II in the fourth quarter of 2022, the site will begin operating as a biorefinery, producing 19 million EGE of RNG and 60 million gallons of corn-based ethanol.

“This is a great day for our company, our employees, and our partners in agriculture,” said Faith. “We greatly appreciate the support we have received from the City of Nevada, the Iowa Economic Development Authority, the Des Moines Area Community College, Alliant Energy, and many others – their support has been critical to our project’s success.”

Since the passage of the Renewable Fuel Standard legislation in 2005 and as amended in 2007, Iowa has become a leader in the production of ethanol and biodiesel. The opening of Verbio Nevada adds RNG to the state’s renewable energy portfolio.

“Verbio is a first-class company, and I’m pleased they chose to invest in Iowa for this new biorefinery facility,” said Debi Durham, executive director of the Iowa Economic Development Authority and Iowa Finance Authority.

“This important renewable energy project exemplifies our economic development strategy in Iowa, which is about innovation and attracting highly-skilled jobs that will raise the standard of living and create wealth for our state.”