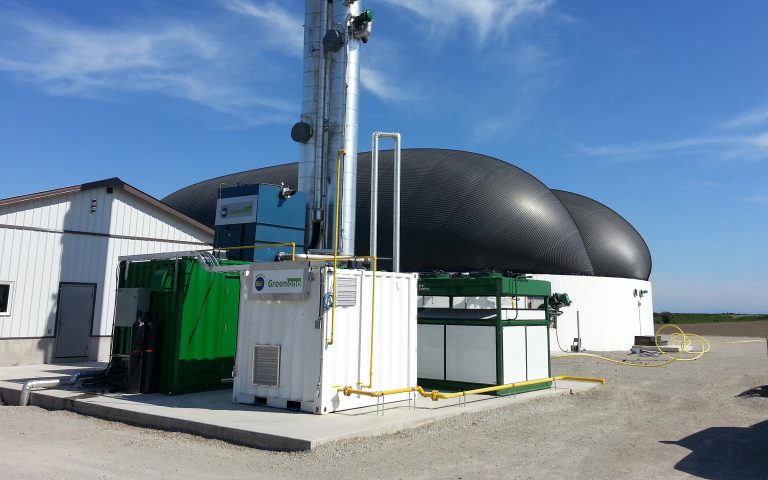 The VERBIO Nevada Biorefinery is on track to achieve full scale production of 7 million ethanol gallons equivalent (EGE) of RNG annually by mid-summer 2022. It began producing renewable natural gas (RNG) on an industrial scale in December 2021.

In early 2023, the site will begin operating as a biorefinery, producing 19 million EGE of RNG and 60 million gallons of corn-based ethanol, annually. The integration of RNG
and ethanol production, unique to VERBIO, incorporates advanced operational technology to build on the company’s successful experiences in Europe.

Claus Sauter, VERBIO AG’s Founder and CEO, said: "This plant is a game-changer. With the right biofuels policies in place, we believe Iowa and the US have immense
potential and we are committed to working with those of you in this audience and others to create conditions where we can grow and everyone benefits."

He added that collaboration between VERBIO and Alliant Energy led to the opening of the facility, which Alliant Energy serves with both natural gas and electric service. Renewable natural gas from the VERBIO Nevada Biorefinery is injected into an Alliant Energy pipeline before being distributed across the country.

Alliant Energy delivers the energy from the production at the facility to its natural gas customers in Iowa. Further, the company helped to develop standards and regulations for RNG as well as constructed interconnection options for the site, allowing VERBIO to comply with requirements established for the sale of RNG in other states.

“The innovative commitment to sustainability by Alliant Energy and VERBIO ensures the safe and costeffective delivery of renewable natural gas for customers,” said Terry Kouba, senior vice president at Alliant Energy and president of the Iowa Utility company. “We’re excited to welcome VERBIO to Iowa and proud to support economic development in the state. It’s all part of Alliant Energy’s purpose to serve customers and build stronger communities.”

VERBIO announced this is a “good start“ as the RNG production from this first plant will equal 3.3 percent of total US production last year, but there are still opportunities for growth. While the Renewable Fuel Standard (RFS) has been a great success, the portion from the Advanced Biofuels category related to Cellulosic Biofuels, including RNG, has greatly underperformed. By 2022, the RFS envisioned 16 billion gallons of advanced biofuels. However, production to date has not exceeded 0.6 billion gallons, less than 4 percent. VERBIO sees its mission as
working with all relevant parties to close this gap as quickly as possible.