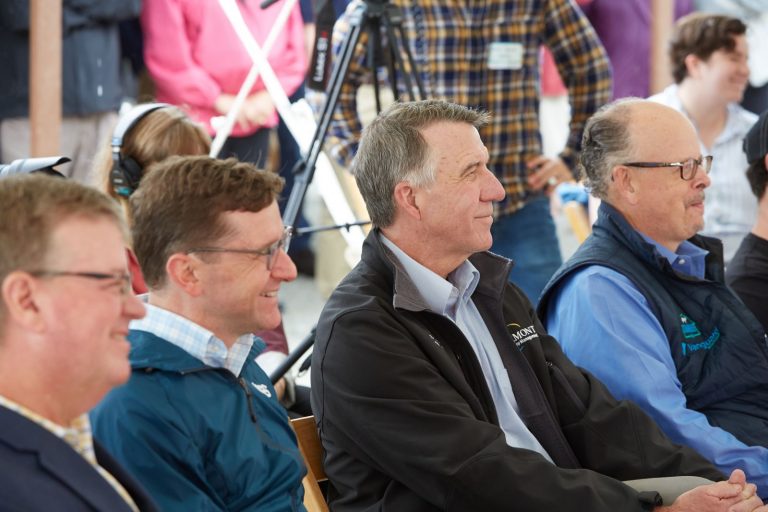 Vanguard Renewables’ anaerobic digester in Vermont – the largest in the north-eastern US – is now producing gas.

Representatives from Middlebury College, Vanguard Renewables, Vermont Gas Systems (VGS), Goodrich Family Farm and the state of Vermont, all celebrated the start of gas production at the facility on 21 July, at an event on the dairy farm in Salisbury.

The anaerobic digester – built, owned, and operated by Vanguard – can recycle more than 180 tons of food and beverage waste daily from manufacturers, retailers and distributors and 100 tons of dairy manure into RNG.

Goodrich Farm’s 900 cows provide the manure and Vermont businesses, including Ben & Jerry’s and Cabot/Agri-mark, supply the food waste. The plant at Goodrich Farm is the company’s first in Vermont and marks the first time it has supplied RNG to a college.

“This project is the culmination of years of work by partners Goodrich Farm, VGS, Middlebury College and Vanguard Renewables,” said John Hanselman, founder and CEO of Vanguard.

“I couldn’t be more proud than I am today to see this, the largest anaerobic digester in the northeast, producing RNG and protecting the environment.”

Vanguard completed the construction of the facility in June. Middlebury College will buy the majority of the RNG generated by the digester (55%) as part of its Energy2028 project, which calls for the college’s use of 100% renewable energy by 2028. The new facility will supply around one-third of the energy that Middlebury uses for heating and cooling. The college’s biomass plant will continue to produce the other two thirds.

VGS installed the infrastructure that will transport the RNG and make it available to Middlebury College as well as other customers seeking to reduce their carbon footprint.

Neale Lunderbille, president and CEO of VGS, commented: “The Goodrich Farm digester is the first star in the constellation of projects that will provide homegrown energy to Vermonters.

“This farm, which began in 1956 with 10 cows, not only turns food scraps and manure from its now 900-head heard into renewable energy, it removes harmful methane from the atmosphere and phosphorus from the digestate that might otherwise drain into our watersheds and impact Lake Champlain.

“This is a great model, and we’re excited to continue working with our local farms to help Vermont meet its energy goals.”