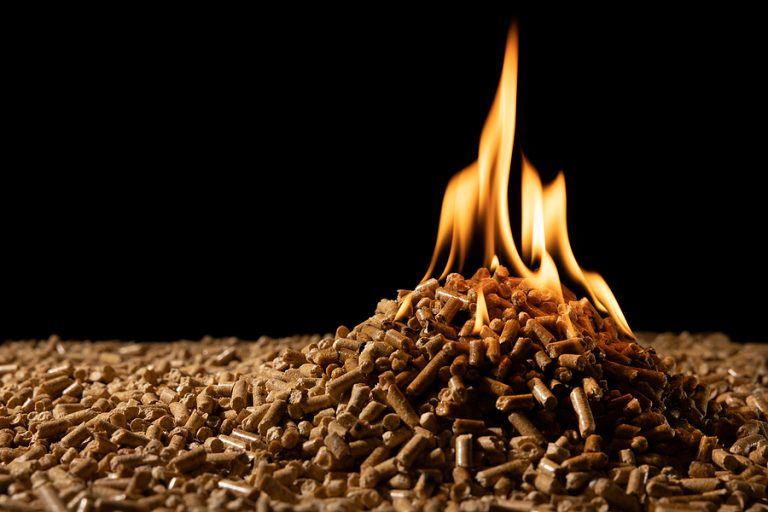 The UK government has launched a consultation to ascertain views on proposed measures to temporarily suspend the fuel quality for Renewable Heat Incentive (RHI) participants using wood pellets.
The government said it recognised that the supply of wood pellets in the UK has been affected "as a result of the suspension of wood pellets sourced or imported from Russia or Belarus" due to Russia's invasion of Ukraine.
The proposed measure applies to both the Domestic and Non-domestic RHI schemes.
In January 2021, new legislation introduced an ongoing obligation that all woodfuel must meet the standards stipulated in Schedule 4A of the RHI regulations.
This took effect from 1 April 2021, with the cited aim of improving fuel efficiency and reducing emissions of harmful air pollutants.
However, the Russian invasion of Ukraine led to the suspension of the importation of Russian and Belarusian pellets by both the European Union and UK in April 2022, and the importation of wood products from either country is banned in the UK sanctions legislation that came into force on 23 June 2022.
It is estimated that up to 40% of the ENplus pellets used in the UK are imported from Russia and Belarus. The government said it recognises that the suspension of wood pellets coming from these countries is likely to have an impact on the availability, and consequentially on the prices of wood pellets in the coming months and through the next winter.
The government has been working with the UK Pellet Council, trade bodies and with industry to assess options to minimise any potential disruption to the supply of wood pellets.
Proposal
The government's proposed suspension of the fuel quality requirement would last 12 months, and permit "additional supplies of wood pellets to be utilised this winter".
It said this should mitigate against potential price rises due to a lack of supply, and, despite the "short-term negative impact on fuel efficiency and air quality", the government said it is "judged as acceptable" so that biomass-heated homes do not experience significant price rises or a lack of fuel supply.
The three questions the government is consulting on are as follows:
"Question 1: Do you agree with our proposal to temporarily suspend the fuel quality requirement for wood pellets under the domestic and non-domestic RHI schemes? Please explain your reasoning and include any evidence you think is relevant."
"Question 2: Do you agree that a 12-month suspension would be adequate and provide enough time for the market to adjust to the gap left by Russian and Belarusian pellets?"
"Question 3: Do you agree that the Secretary of State should be given the power to temporarily suspend the fuel quality requirements in the future if there is a risk of another pellet shortage?"
The government is seeking responses by 11.45pm on 11 September 2022.
Those wishing to respond should email:RHI@beis.gov.uk