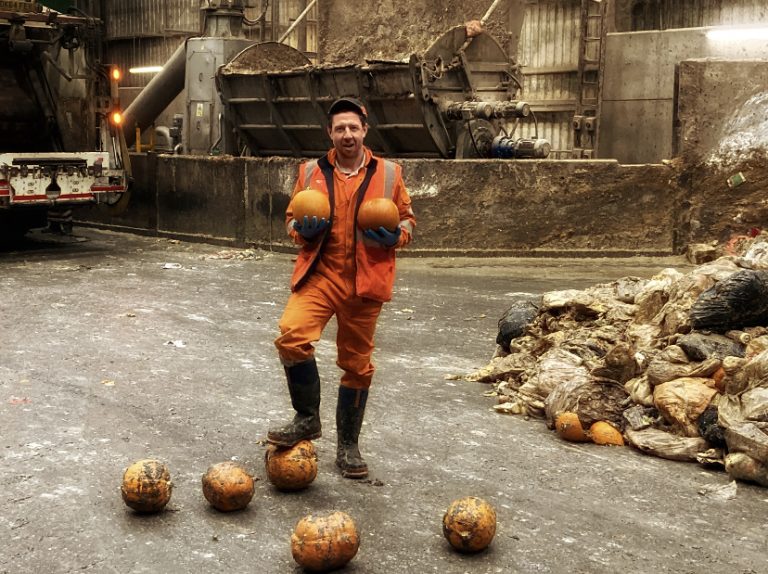 The firm will recycle the pumpkins to fuel its growing fleet of collection vehicles and heat peoples’ homes.

Environmental charity Hubbub predicts an estimated 12.8 million pumpkins will be wasted in the UK this year. Kevin Quigley, commercial director at Warrens Group, is urging people to recycle their pumpkins to generate renewable power.

“After Halloween is over, most pumpkins are thrown into landfill or on a compost heap,” said Quigley, "that is a lot of waste when they could be turned into something much more sustainable, such as renewable energy.

“We use our fleet of collection vehicles to gather food waste. From there, the pumpkin waste is placed in our anaerobic digesters which are filled with bacteria that then breaks it down.

“As the pumpkins decompose, they release methane gas which can then be turned into an environmentally-friendly fuel. We use this to fuel our vehicles and the rest goes to the National Grid to heat peoples’ homes with clean energy.

“It’s interesting to think about how much energy can be generated on pumpkin waste alone. For example, 10 tonnes of pumpkin waste five days a week could be enough to generate electricity to power 100 homes. It’s a much better alternative than if they were sitting in a landfill site.”

Warrens Group’s biomethane filling station is capable of fuelling 200 vehicles per day guarantees no losses in transmissions of gas from conversion to filling. The trucks rely on biomethane and generate 84% less carbon dioxide than diesel, according to the firm.