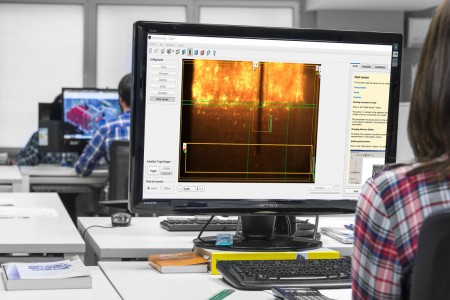 Macclesfield, UK based Tidy Planet has unveiled what it dubs a ‘new intelligent boiler monitoring control system in Britain.’

It comes as part of the company’s collaboration with Valencian headquartered Sugimat, announced earlier this year, that has seen Tidy Planet become the sole distributor of the company’s boilers for the waste-to-energy sector. Now, it will also distribute the AVS boiler monitoring system.

Sugimat’s AVS was first displayed at Valencia’s FIMMA-Maderalia fair in February 2018. The camera-driven equipment is located in the biomass system and continuously monitors the fire in the boiler by observing the flame in order to regulate air flow, grate movement and fuel feed. According to the statement, this enhances the environment for maximum heat output and fuel efficiency as well as reduced emissions.

“With an accelerated industry demand for biomass boilers, technology that not only monitors but optimises combustion conditions, enables organisations to reap a wealth of benefits – especially where the use of variable feedstocks and reduced operator costs are concerned,” said James Tyler, director at Tidy Planet.

“For example, the AVS’s constant boiler supervision and regulation works to improve the efficiency of non-homogeneous fuels by up to 10% – as well as incrementally reducing emissions and the need for human intervention. As a result, this enables companies to generate more energy, reduce labour and eliminate any wastage from the fuel that they are putting in – which are obvious environmental and financial advantages.”

Apparently, the technology can be retrofitted to Sugimat’s range of boilers, and added to other boiler brands.

“As the equipment can anticipate, localise and rectify potential faults, less human interaction is required for maintenance – increasing both the machine’s up-time and a business’s bottom line.”