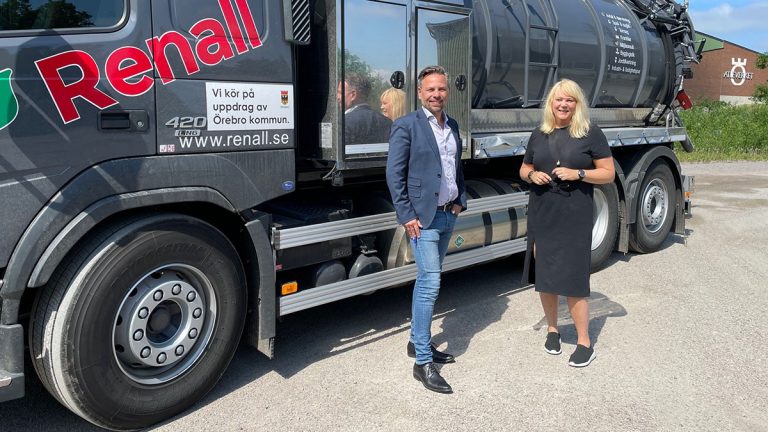 Sludge suction vehicles in the Swedish municipality of Örebro can now run on biogas.

Approximately 8,200 sludge ‘empties’ are made annually in Örebro. The municipality said it is responsible for households with their own sewers, which are spread out, meaning the vehicles have to travel long distances. Now, new cars from septic system service company Renall have started operating in the region, running entirely on biogas produced from Örebro’s waste.

“We are involved in building the future through the choices we make,” said Håkan Gustafsson, operations manager at Avfall in Örebro municipality, “and as a public actor, it is important that we take a stand.

“We are offensive in our sustainability goals, but it also means that we must move from words to action. Procurement is a very good tool there. Thanks to an ongoing dialogue with contractors, we can set the right requirements at the right time and thus take big steps towards sustainability.”

The municipality’s waste trucks have been running on biogas for several years and experience shows that it works even for heavy traffic, said Örebro. The waste in Örebro can be converted locally, which means that the entire chain stays within the Örebro municipality. Being able to use locally produced biogas provides increased security and stability to Örebro.

“It’s pretty cool when you think about it,” said Viktoria Wing, waste engineer at Örebro municipality, “that the leftover food we throw away and what we flush down the toilets becomes gas which we can then use to drive the cars required to pick up the waste. What we want to throw away instead becomes a resource.”