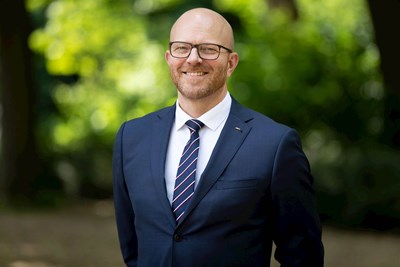 Alarik Sandrup
Alarik Sandrup, director of public and regulatory affairs at agricultural cooperative Lantmännen, has been appointed the new chairman of the Swedish Bioenergy Association (Svebio).

Sandrup, who was appointed on 2 April, replaced Karin Medin, the CEO of Söderenergi, a waste-to-energy firm. Svebio is a commercial environmental organisation with around 265 members and a leading Swedish representative in the development of bioenergy.

"Svebio has a very important role in increasing the use of locally produced sustainable bioenergy, especially in terms of growth in the domestic production of biofuel based on natural resources from the agriculture and forestry sector," said Sandrup.

"Sweden has great potential to reduce its climate impact through the increased use of sustainable bioenergy, which I will work for as Svebio's chairman of the board."

Sandrup has been the director of public and regulatory affairs at Lantmännen since 2009, and has been at the forefront of biofuel production in Europe with Lantmännen Agroetanol, producing sustainable ethanol. He has been a board member of Svebio since 2008 and also holds positions at ePURE, SIANI, the World Bioenergy Association, Copa-Cogeca, the Swedish Petroleum and Biofuels Institute and the Royal Swedish Academy of Agriculture and Forestry.