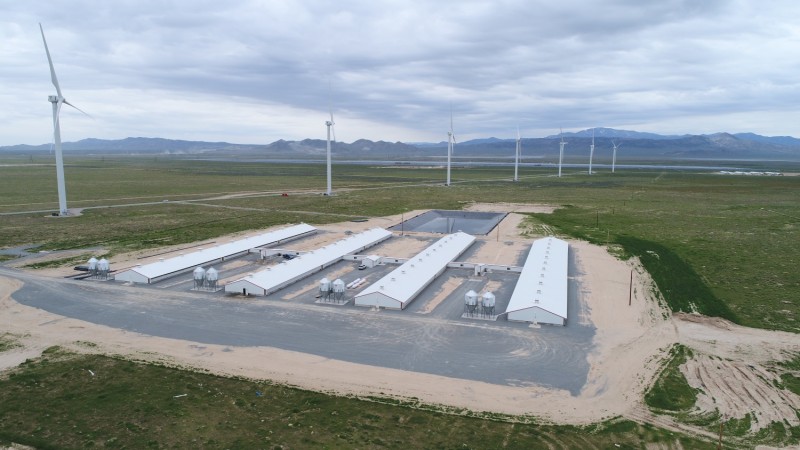 Smithfield Foods announces the construction of new biogas gathering systems in Missouri and Utah, which bring the company steps closer to delivering renewable natural gas (RNG) to communities in multiple states using manure from its hog farms. Detailed in its recently released sustainability report, Smithfield’s manure-to-energy projects are part of Smithfield Renewables, the company’s platform that unifies and accelerates its renewable energy efforts to help meet its goal to reduce greenhouse gas (GHG) emissions 25% by 2025.

“By finding innovative ways to reduce GHG emissions and use existing resources to power our planet, we are playing a critical role in providing consumers with nutritious food, as well as the renewable energy to prepare it. That’s our mission at Smithfield: to produce good food the right way,” said Kenneth M. Sullivan, president and chief executive officer for Smithfield Foods.

In Missouri, construction is in progress to connect Smithfield farms equipped with covered lagoons to a biogas gathering system. This will build upon the company’s joint venture with Roeslein Alternative Energy called Monarch Bioenergy, which converts manure collected from Smithfield farms into RNG, while simultaneously delivering ecological services and developing wildlife habitat in Missouri. Once complete, these projects will produce enough RNG to power approximately 15,400 homes.

Similar progress is happening in Utah, where construction is underway on a low-pressure biogas transmission line that will connect manure-to-energy projects on Smithfield’s hog farms to an interstate biogas gathering system. The interstate system includes touchpoints in California, Nevada, Utah and Wyoming, transporting gas to viable renewable energy markets to power homes, businesses, and transportation vehicles.

This construction is the next phase of the company’s investment to build 26 hog farms in Utah equipped with renewable energy technology. The covered, mixed digesters, specifically designed for anaerobic digestion, will produce and collect biogas, which will be pumped into a low-pressure biogas transmission line for transport to a gas-upgrading station, where it will be refined and injected into the interstate biogas gathering system. These farms will also provide financial benefit to local family farmers who will own and operate the properties. Once operational, the project will create enough RNG to power 4,000 homes each year.

“We are making significant progress in our renewable energy efforts—an area where we have become a prominent leader after more than a decade of research, investment, and projects,” said Stewart Leeth, vice president of regulatory affairs and chief sustainability officer. “The ability to reduce GHG emissions by producing clean RNG from hog manure is truly revolutionary. Our work and the partnerships we have established provide a highly innovative and transferrable model of sustainability best practices.”

Within the next ten years, Smithfield will implement manure-to-energy projects across 90% of the company’s hog finishing spaces in North Carolina, Utah, and Virginia, and nearly all of Smithfield’s hog finishing spaces in Missouri. Additional details about Smithfield’s renewable energy efforts, including progress updates from the company’s joint venture with Dominion Energy called Align Renewable Natural GasSM will be released later this year.