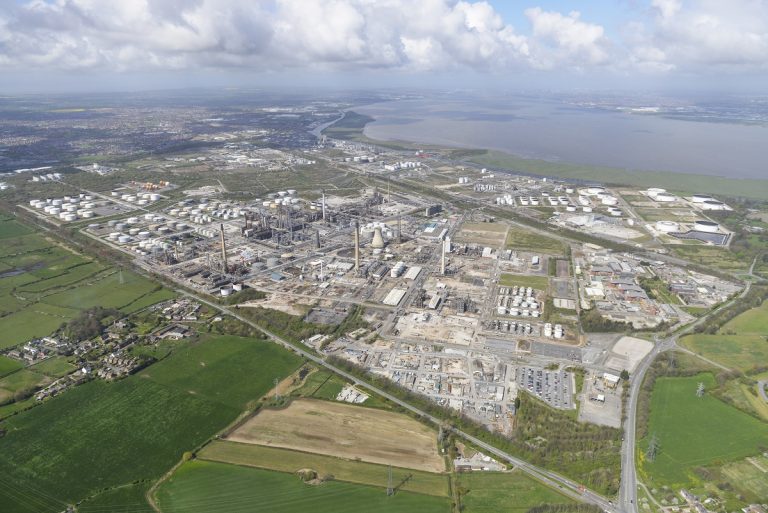 Six projects across the UK will receive a share of £8 million (€8.8 million) in government funding as part of a drive to create the world’s first net-zero emissions industrial zone by 2040.

Projects in the West Midlands, Tees Valley, North West, Humber, Scotland, and South Wales will see local authorities working with industry to develop plans to cut carbon emissions, with one scheme alone (Net Zero North West) aiming to create more than 33,000 jobs and more than £4 billion (€4.4 billion) of investment as it bids to become the world’s first net-zero industrial zone.

“The UK is leading the world’s green industrial revolution, with ambitious targets to decarbonise our economy and create hundreds of thousands of jobs,” said UK Energy Minister Kwasi Kwarteng.

“As we continue to level up the UK economy and build back greener, we must ensure every sector is reducing carbon emissions to help us achieve our commitment to net-zero emissions by 2050.

“This funding will help key industrial areas meet the challenge of contributing to our cleaner future while maintaining their productive and competitive strengths.”

Industry-led group Net Zero North West has been awarded a share of the new government funding. The funding will be invested in developing a comprehensive Cluster Plan to prepare the North West of England and North East Wales for a net-zero future, removing more than 40 million tonnes of carbon from the atmosphere every year.

The North West has the highest concentration of advanced manufacturing and chemicals production sites in the UK and the region is bringing forward a range of world-leading clean growth projects which will help the UK meet its net-zero targets.

The funding is the latest phase of the government’s £170 million (€187 million) Industrial Decarbonisation Challenge to support industrially intensive areas to establish low-carbon and net-zero industrial clusters.

Net Zero North West unites business, regional leaders, and universities to drive investment into the net-zero economy, and achieved UK Research and Innovation (UKRI) funding for the second phase of its work to become the UK’s first low-carbon industrial cluster by 2030.

Carl Ennis, chairman of Net Zero North West, said: “Across renewables, hydrogen, CCUS, nuclear and smart grids, our region is in a truly unique position to become a world-leader in clean growth.

“Our cluster is already delivering on the ground and paving the way towards a net-zero future, which will protect the manufacturing jobs that have made this region thrive and create a sustainable pipeline of new high-value green jobs for or region.

“With the Prime Minister recently laying out his Ten Point Plan for a green industrial revolution, this new roadmap funding is a timely vote of confidence in our ability to deliver industrial decarbonisation in the North West and make a significant and rapid contribution to the UK’s net-zero emission targets.”

The shaping of phase one of the Cluster Plan began in June 2020. The consortium is now progressing the project to phase two, which will start in early 2021, and be delivered over two years.