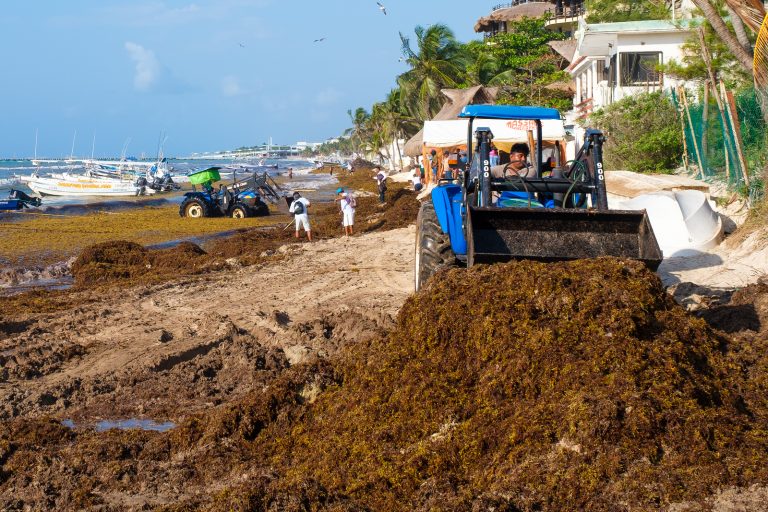 A laboratory in Yucatán, Mexico has developed a prototype system that converts seaweed into biogas. Scientists started experimenting with sargassum after large quantities of the seaweed began washing up on the Yucatán coast.

Raúl Tapia Tussell, head researcher in the renewable energy unit at the Yucatán Scientific Research Center (CICY) told newspaper El Economista (reported by Mexico News Daily) that work began in 2017. He said: “The problem wasn’t as big then as it is now but from that time…we started to work with the seaweed that arrived at the port of Progreso.”

He explained that once the sargassum is cleaned and dried, it can be mixed with a fungus that breaks down the lignin in the seaweed which then generates methane. This biomethane could be used as a fuel source for cooking, heating or even electricity.

The researchers at CICY are now applying for a patent for their prototype from the Mexican Institute of Industrial Property. According to Tapia, the next challenge will be to develop the infrastructure needed to generate the biogas outside the laboratory, as well as storing and distributing it. He added: “This is one of the most complex parts of the project because it requires economic resources.

“It’s methane gas and it could even be used for motor vehicles but its use depends on having the molecular transformations systems and storage capacity.”

According to Mexico News Daily, the vast swathes of sargassum washing up on the Caribbean coast of Mexico have led to multiple innovations, including making shoes, paper and even houses.