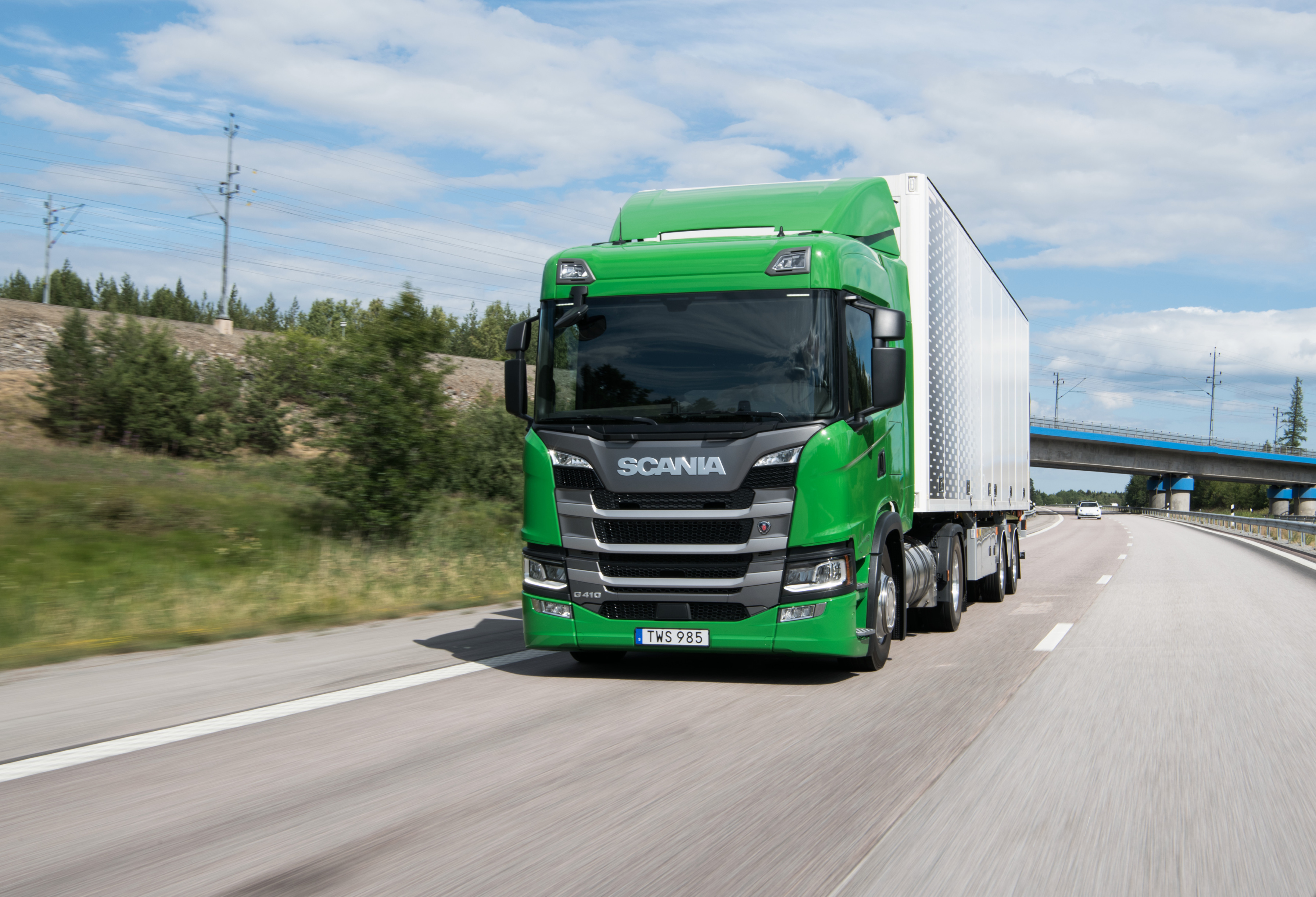 Scania has now announced it is adding several new CBG and LBG tank options to its offer that mean substantial improvements to the range potential. Trucks showcasing the new solutions are unveiled at the Italian fair "Transpotec" in mid-May.

"Scania has been relentless in offering and informing customers about the potential of biogas solutions," said Stefan Dorski, senior vice president and head of Scania Trucks. "With these additions we increase not only the range but also the potential customer base, since biomethane trucks are essential for meeting the short and midterm demand for fossil-free transport.”

The infrastructure of filling stations for liquefied biomethane and other types of fuels for gas vehicles has definitely reached a critical mass, and not only in Europe. By adding various tank solutions to its existing offering, Scania is demonstrating its strong support for renewable fuels as an important part of driving the shift towards a sustainable transport system.

Gas vehicles are becoming increasingly popular all over Europe but markets such as Spain, Italy, France, Germany and Eastern and Central Europe are at the forefront. Customers have noted all the benefits they can get from Scania's gas-powered vehicles, such as lower operating costs and reduced CO2 emissions when using biomethane (LBG or CBG).

Gas-powered trucks are also an important cornerstone in Scania's adherence to its Science-Based Targets, the company's commitment to reducing the CO2 emissions from its products by 20 percent overall between 2015 and 2025.

"Increasing the potential tank capacity for different applications takes out what used to be an Achilles heel in the eyes of some prospective customers," said Dorski. "Our expanded offer, increased flexibility of the chassis layout and the many new gas filling stations spells a bright future for gas-minded customers. And their range anxieties can now finally be put to rest."

All these new performance steps will be introduced during 2022.

"Scania believes that the transformation towards e-mobility will happen gradually during this decade and the next," said Dorski. "But combustion engines running on biomethane, or other fossil-free fuels will contribute their fair share in reducing noise, emissions and CO2, while at the same time offering great total operating economy and excellent customer value."

In March, the European Commission announced a decision to double its objective for home-grown biomethane production, with the target set at 35 billion cubic metres by 2030.