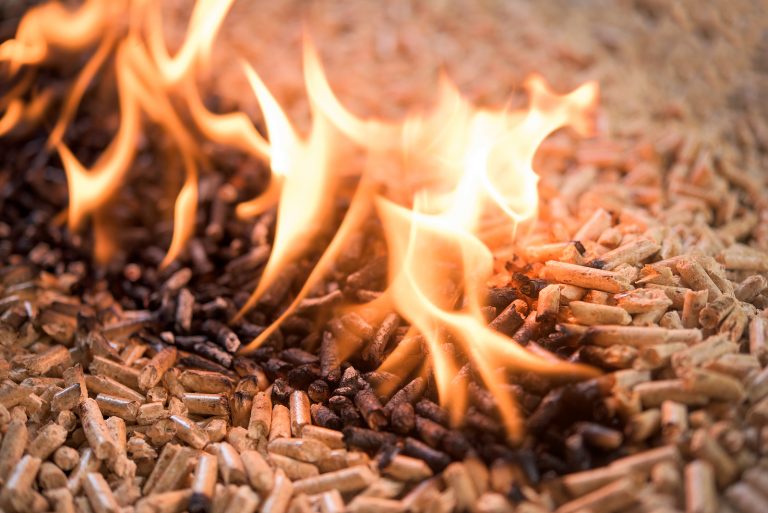 Renewables overtook fossil fuels as the main source of electricity in the UK in 2020, new analysis has revealed.

Think-tank Ember announced the major milestone today, showing that fossil gas was forced to a five-year low in 2020 following growth in wind power and below-average demand due to the pandemic.

While UK renewable energy production is dominated by wind, it still remains reliant on bioenergy, described by Ember as “risky”. The organisation wants bioenergy to be replaced with “cleaner power” to fully decarbonise the UK grid. Renewables also overtook fossil fuels in the EU in 2020, as well as separately in Germany and Spain.

For the first time in 2020, a quarter of the UK’s electricity generated by wind turbines, doubling its share since 2015, up from 20% in 2019. While wind showed ‘impressive’ growth, solar and hydro were unchanged since last year, making up only 4% and 2% of the UK’s electricity production respectively. This is the second year running that solar has remained stagnant, reflecting the lack of a supportive policy environment for the technology, according to Ember.

Bioenergy generated 12% of the UK’s electricity in 2020, a slight increase on 2019. Ember described bioenergy as a “much higher risk” source of renewable energy than other sources such as wind and solar.

Coal generated just 2% of the UK’s electricity in 2020, a rapid decline from 2015 when it delivered 23% of the nation’s electricity. With coal already near zero, rising renewables and falling demand due to COVID-19 drove fossil gas generation to a five-year low.

Despite this, gas remains the UK’s single largest power source, generating 37% of UK electricity in 2020. 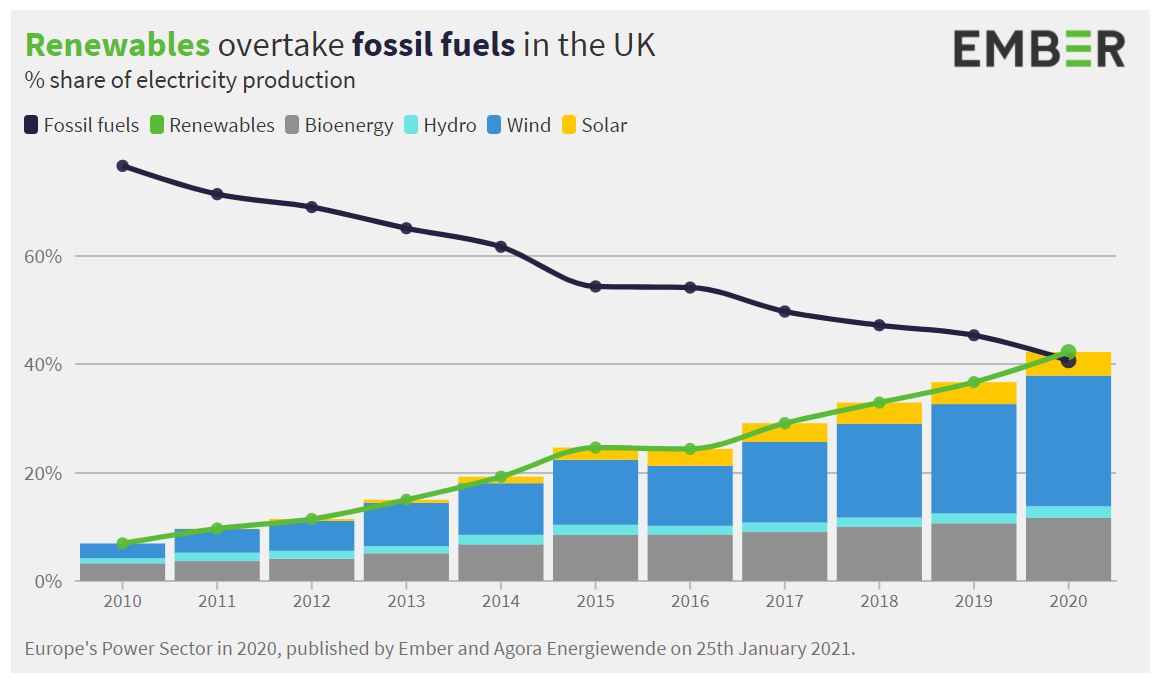