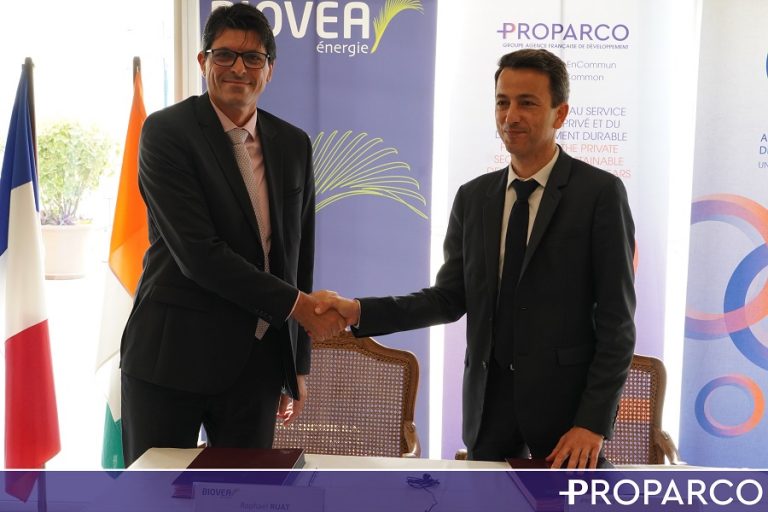 Proparco and the Emerging Africa Infrastructure Fund (EAIF) have partnered to finance the first biomass plant with grid injection in Africa.

During the visit to Côte d’Ivoire by Jean-Yves Le Drian, the French Minister for Europe and Foreign Affairs, Proparco, the private sector financing arm of Agence française de développement (AFD) Group, and EAIF closed a €165 million project finance deal and a €13 million grant to secure the funding of the Biovea project in Ivory Coast.

The loans are granted by Proparco and EAIF to Biovea Energie, which was the winner of the 25-year concession to design, build, operate, and transfer the 46 MW biomass plant.

Biovea Energie is located in Ivory Coast and sponsored by Electricité De France (EDF), Meridiam, and Biokala, a joint venture between Meridiam and SIFCA, a major agro-industrial firm in West Africa.

The plant will be supplied with around 450,000 tons of palm tree waste, thanks to a long-term fuel supply agreement with PalmCi, a subsidiary of SIFCA. Palmci will source 30% of the biomass needed for the plant from its own existing industrial palm oil plantations and 70% from out-growers.

The project will help to create 600 jobs during construction and more than 1,100 jobs or full-time equivalent during the operating period. Seventy percent of biomass will be supplied by local smallholder farmers who are expected to realise an average income increase of 20%.

It is estimated that the Biovea project will also avoid around 340,000 tons of CO2e per year once operational.

Grégory Clemente, CEO of Proparco, said: “Biovea is an innovative renewable energy project that brings Ivory Coast further on a virtuous climate trajectory as per Paris Agreement commitments, and contributes to the development of a sustainable agricultural supply chain and energy production using local fuel.

“Proparco is extremely proud to have accompanied EDF, Meridiam and SIFCA, three clients with which we have a long history of cooperation in the development and blended financing of this project from the very beginning.

“This project will contribute to job creation and revenue increase of households in rural areas, as well as important CO2 emissions avoidance.”