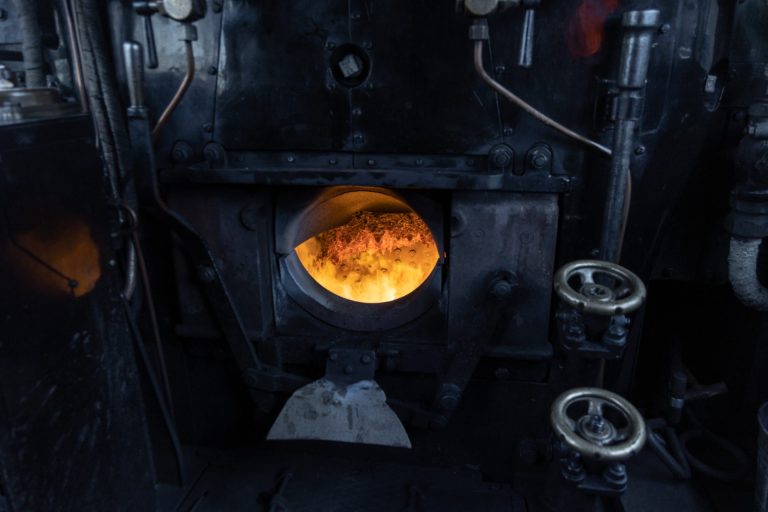 The first-ever biocoal trial to be undertaken on a standard gauge steam locomotive has been completed on a railway in West Yorkshire, UK.

On 14 February, the 2-6-0 locomotive was fired using a batch of Homefire Ecoal developed by CPL Industries, which uses a blend of biomass. The trial took place on the Keighley and Worth Valley Railway and has been hailed a ‘milestone’ for steam.

The Keighley and Worth Valley Railway is a unique five-mile branch line railway in the heart of West Yorkshire, running heritage steam and diesel trains.

Homefire Ecoal’s blend has been carefully changed following previous trials in June and November last year. The latest trial on the Keighley and Worth Valley Railway was to prove the concept and further refine the fuel’s composition.

Up to 20% of the new biocoal is biomass and manufactured using CPL’s hot cured process to provide durability. The biocoal’s special shape allows it to sit on the firebars of narrow gauge and standard gauge steam locomotives, just like traditional coal, while being classed as ‘smokeless’ and emitting up to 80% less particulate matter.

The urgency behind the recent biocoal trials was prompted by the last source of steam coal saying it would no longer supply the heritage sector. The Heritage Railway Association said there are now significant concerns that heritage railways could experience a coal shortage within months.

Steve Oates, chief executive of the Heritage Railway Association, commented: “Even though this is just an initial trial, it is a significant milestone in the history of steam locomotives in the UK.

“Heritage steam is a small and very responsible user of high-quality, low emission coal, but it’s clear that huge challenges are ahead for the fuel we depend upon. That’s why trials like this to find alternatives are so important.”