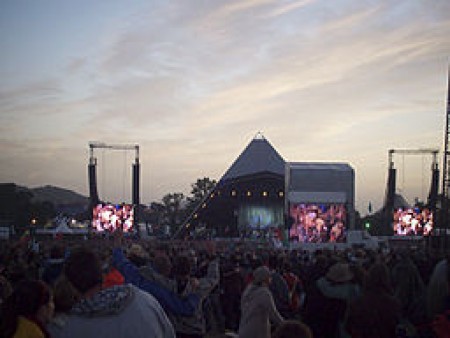 At the UK’s Glastonbury festival, a portable toilet has been installed to turn festival goers’ urine into energy.

‘Pee Power’, developed by scientists at the Bristol Bioenergy Centre BBiC in the Bristol Robotics at the University of the West of England, has already been shown to be capable of powering lights and charging mobile phones. At Glastonbury, it will be used to power displays giving music fans information and festival updates.

Professor Ioannis Ieropoulos, director of the BBiC, said: “Our Pee Power work has featured at the festival for the past two years. This year we have been given a huge boost with a prime space for our biggest ever 40 person Pee Power urinal.

“This fantastic exposure for Pee Power follows the establishment of a strategic relationship sealed in a memorandum of understanding between the University and the Festival last month.”

Scientists and student volunteers involved in the project will be on hand at the festival to explain how the Pee Power urinal works. The BBiC team believes that there will be over 1,000 litres of urine per day flowing onto the unit’s microbial fuel cells, generating enough power to charge ten information panels.

Professor Ieropoulos said: “This unit is primarily about public engagement and Glastonbury Festival gives us the chance to showcase our technology to potentially thousands of people. The festival updates are one way of showing that Pee Power and the Microbial Fuel Cell technology can be developed for a whole range of uses.”

“We are hoping that journalists and star performers will want to know more – we are confident that the exhibits will be a talking point.”

Pee Power works via stacks of microbial fuel cells that use urine as a fuel for direct electricity generation when live bacteria consume urine for their growth and maintenance, according to a BBiC statement.

The MFC technology taps a portion of that biochemical energy used for microbial growth, and converts it directly into electricity.

This technology can utilise any form of organic waste and turn it into useful energy, without relying on fossil fuels, which is something that renders the MFCs green and beneficial to society.