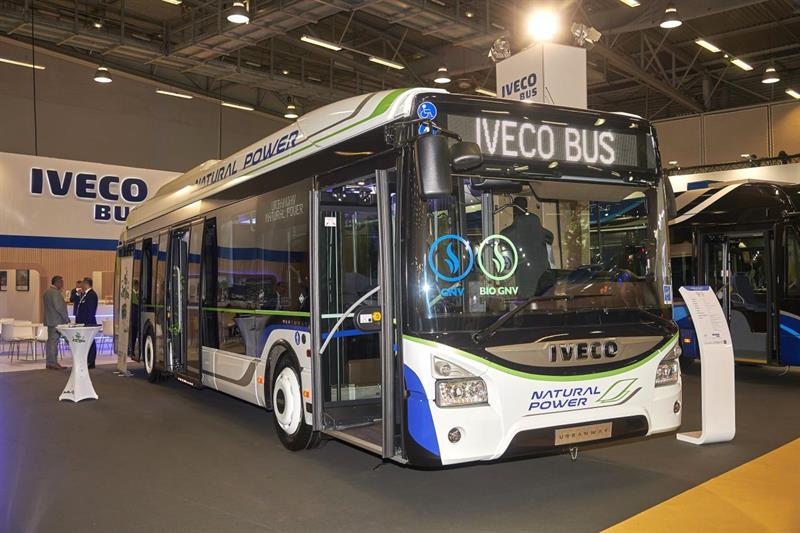 Image credit: IVECO Bus
Two French organisations, the French Public Transport Central Purchasing Office (CATP) and Ile-de-France Mobilités, have ordered 409 biogas buses for the city of Paris. The Urbanway Natural Power buses were ordered from IVECO Bus and will operate in the inner and outer suburbs of the Paris metropolitan area.

According to a report by Transport Engineer, the deal was confirmed at the National Public Transport Exhibition in Nantes and is the first time an order has been placed via a central purchasing office without going through transport operators.

The 12m biogas-powered vehicles will be delivered between 2020 and 2021 and will be equipped with air conditioning, CCTV, USB ports and under-seat LED lighting. Each bus will have a range of 400km.