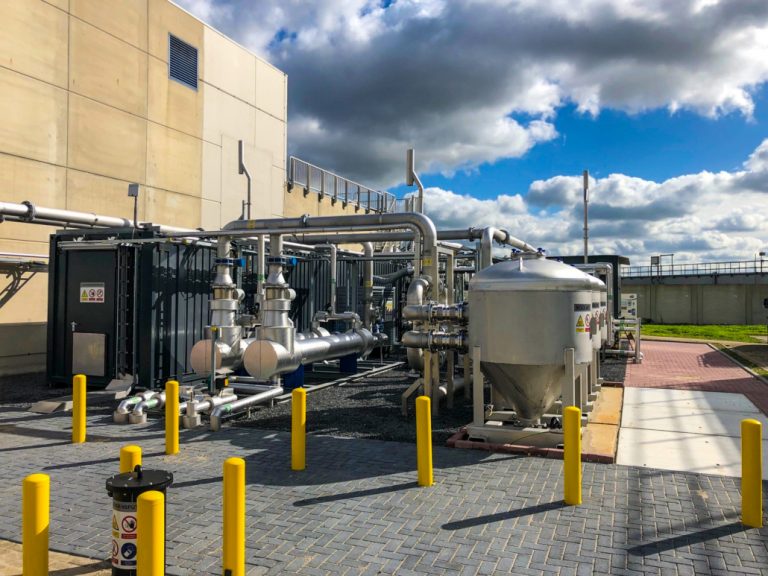 The federal and Quebec government are jointly funding an expansion of the biomethanisation facilities owned by the Société d’économie mixte de l’est de la couronne sud (SEMECS). These facilities are located in the Varennes Novoparc industrial park in Montérégie.
This nearly $100-million project will receive a maximum joint government investment of $65,178,887. The Government of Canada is contributing up to $25,200,000 from the Green Infrastructure stream of the Investing in Canada Infrastructure Program (ICIP) for the expansion of the treatment plant. Quebec is contributing $39,978,887 from the programme de traitement des matières organiques par biométhanisation et compostage (PTMOBC). Quebec’s contribution includes a maximum of $36,992,768 for the expansion of the treatment plant and $2,986,119 for the purchase of organic matter collection bins.
The work, which began on a preliminary basis in the summer of 2020, will increase the biomethanisation treatment capacity of the existing SEMECS facilities. This expansion project follows a 20-year agreement with SEMECS, renewable once, for the treatment of residual organic materials from municipal and industrial, commercial and institutional (ICI) sources from the agglomeration of Longueuil. This includes the City of Longueuil and the municipalities of Boucherville, Brossard, Saint-Bruno-de-Montarville and Saint-Lambert. In addition, there will be greater demand from the ICI sector in SEMECS’ member MRCs (Vallée-du-Richelieu, Marguerite-D’Youville and Rouville), along with other ICI sources from the agglomeration of Montreal, which will be treated at the enhanced SEMECS facilities. The new part of the plant is expected to be operational by 2023.
The work includes:
The installation of a new organic material receiving area with a pit
The addition of three new digesters
The addition of more efficient equipment for the treatment of air, water, biogas and digestate
The installation of an Énergir gas transfer platform
The addition of a new shredder
At the end of the fifth year of operation, the expansion of the current facilities will make it possible to process an additional 85,000 tonnes of organic matter per year, from some 220,000 dwellings occupied by nearly 455,000 residents. This will bring the total capacity of the SEMECS facilities to 120,000 tonnes per year.
In addition, the expansion of the existing facility will result in additional greenhouse gas (GHG) emission reductions of 13,404 tonnes of carbon dioxide equivalent per year. This is the equivalent of taking approximately 3,850 cars off the road. The expansion project will therefore contribute to improving the carbon footprint of Quebec, where the waste sector is the fifth largest source of GHGs, according to the most recent data.