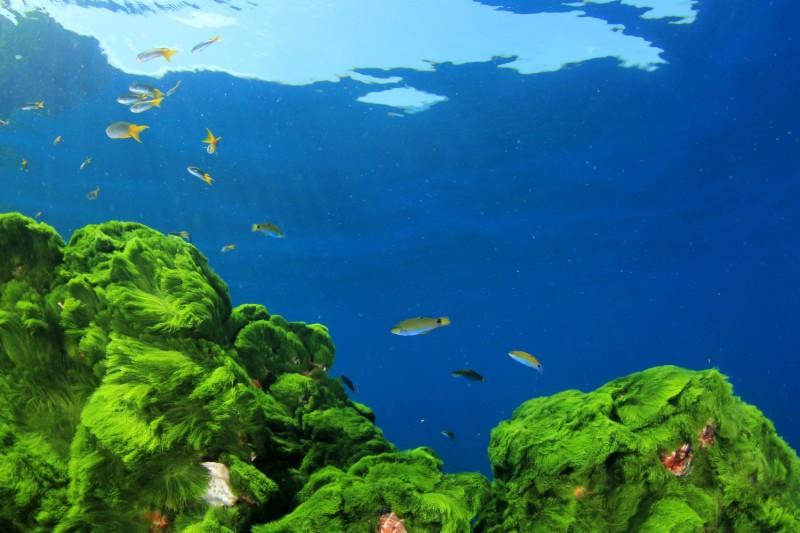 The biorefinery technology uses biomass as a feedstock and converts it to energy and other beneficial byproducts. It is drawing attention as an eco-friendly and sustainable technology to prepare for depletion of fossil fuels. However, the types of biomass that can be used for this technology are very limited. Starch crops such as corns are utilised as biomass (mainly glucose), but they are easily consumed by microorganism. Such processes have limitations in satisfying the growing demands of bioproducts, for example, the consumption of food resources and limited cultivation capabilities.

To overcome such limitations, the joint research team of the Pohang University of Science and Technology (Postech) and Seoul National University developed a new microorganism, which they named as Vibrio sp. dhg. In their study, they successfully demonstrated that Vibrio sp. dhg can be a promising microbial platform for the biorefinery of brown macroalgae which can replace starch-crop biomass. Their research is published in the latest publication of the world-renowned journal, Nature Communications on 6 June 2019.

Continuing efforts on studying utilisation of non-edible biomass have been made and brown macroalgae have been suggested as an alternative feedstock. Brown macroalgae grow two to three times faster than the starch crops and only require light and seawater to grow. Although they are only consumed in a few countries such as Korea, they are not eaten in most of the countries. Because of these advantages, they seem to be a reasonable alternative choice. However, there was no industrial microorganism that can easily metabolize polysaccharides like alginic acid in algae and it was difficult to develop the process for utilizing algae as biomass.

To solve this problem, Prof. Yeol Jung and his research team at Postech and Prof. Sang Woo Seo and his research group at Seoul National University successfully developed a new microorganism, Vibrio sp. dgh, which can rapidly metabolize alginic acid in algae and genetic engineering techniques optimized for this new microorganism based on omics analysis. In addition, they succeeded in developing biorefinery processes that directly produce ethanol (biofuel), 2,3-butanediol (raw material for plastics), lycopene (physiologically active substance) and other various chemical products by artificially manipulating the metabolic pathway of Vibrio sp. dhg.

Particularly, the new artificial microorganism they found has many advantages. For example, Vibrio sp. dhg can not only use brown macroalgae as biomass but also other various biomass more efficiently than the conventional industrial microorganisms (Escherichia coli, yeast). Also, their growth rate is two times faster, and they convert biomass more rapidly. Therefore, it is expected to be used for improving the efficiency of microbial fermentation process using not only algae but also conventional glucose-based biomass.

Prof. Jung who led the research team explained, "The microorganism that we found, Vibrio sp. dhg can rapidly metabolize algae-derived carbon sources. So, it can be utilised in producing eco-friendly value-added chemicals. Also, it can convert raw materials to high value-added chemicals exceptionally faster than the existing industrial microorganism. Therefore, we expect that this will exceedingly improve the efficiency and economic feasibility of microbial fermentation process which has been studied globally."