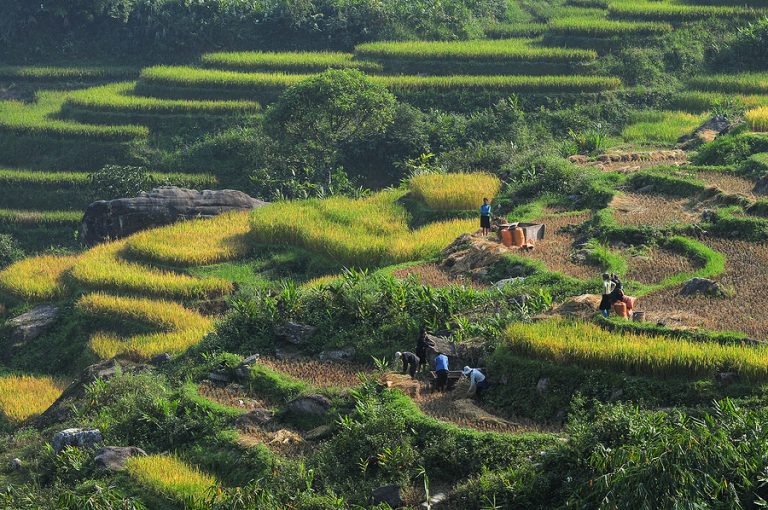 Although the Vietnamese government hoped for deeper biomass energy investment through a previously-introduced feed-in tariff (FiT), some experts advise that a new one must be coupled with other legal incentives to ensure a more significant share in the country’s energy mix, according to Vietnam Investment Review.
Since 2020 the Vietnamese government has applied FiT for biomass electricity between 7.03 and 8.47 US cents per kWh, depending on where the energy is generated.
Matthias Eichelbronner, specialist of the Sustainable Bioenergy Markets (BEM) initiative via the German Development Agency, commented: "That is too low of a price and not enough to encourage the development of biomass electricity."
He added that many of the region's countries, such as Thailand and Malaysia, have very good FiT rates for biomass electricity. In Germany, the government has applied a very high FiT rate for biomass electricity, with the average purchase price of this energy being 19 US cents per kWh, even reaching up to 21 cents per kWh. Currently, Germany’s total biomass power capacity has reached 50GW.
“Low electricity prices are the reason that many factories buy cheap Chinese technology,” Eichelbronner said, noting that this technology would not be durable enough and wouldrender the costs of producing biomass electricity higher in the end.
“The initial investment capital of each biomass power plant depends not only on capacity but also on technology,” Eichelbronner added.
However, Dr Luong Quang Huy from the Department of Meteorology, Hydrology, and Climate Change under the Ministry of Natural Resources and Environment said that technology is not a major issue as more businesses are autonomous in the research and application of technology.
“Finance will be the first difficulty when businesses invest in a biomass power project. Next is the development policy. Existing policies are unattractive, with high associated costs compared to wind and solar power. Biomass power production is also still lacking in sustainable raw material areas,” Huy summarised.
A FiT rate for biomass electricity had been in effect since 2014, but by 2020 there was no real progress of biomass power projects, as pointed out by Le Thi Thoa, senior specialist at BEM. “As of May 2020, Vietnam had 10 bio-energy plants with an installed capacity of 377.6MW, but only 202MW was connected to the grid, accounting for 0.57 per cent of the total electricity capacity,” she explained.
Thoa added that biomass power development also depends on the capacity of financial institutions in evaluating biomass energy projects and does not have access to an appropriate financial mechanism. “For example, the biomass power project in the central province of Quang Binh has been developed since 2014, but with a capacity of only 7MW, it is too small to access bank loans. Moreover, transaction and management costs are also very large, leading to higher interest rates for biomass power projects than for solar and wind power,” Thoa explained.
Many investors are concerned that if the FiT remains unattractive, banks will be discouraged from providing capital.
Nguyen Thuy Ha, deputy head of the Foreign Capital Department at Vietnam Development Bank (VDB) said, “The biggest concerns of investors are borrowing capital in Vietnam and the question of where to develop biomass electricity.”
VDB is providing over $6 million in loans to Lam Son 2 Sugar Factory, coming from capital provided by the Japan International Cooperation Agency (JICA). The bank also provided more than $4.55 million for Tuyen Quang Sugar Cane Biomass Power Plant with a capacity of 25MW.
“VDB is lending back from the JICA and the European Investment Bank (EIB). Capital regulations from the JICA allow developers to borrow up to 70 per cent of the total investment of a project, with an interest rate of 8.55 per cent per annum in Vietnam, and the ability to recover capital of each project, but no later than the end of December 2028,” Ha elaborated.
Meanwhile, the financial source from the EIB provides a regulation that allows investors to borrow up to half of the total investment of the project, but not more than $12.5 million. The loan term includes the ability to recover the capital of each project, but must not exceed July 2031, which is the deadline for VDB to borrow from the EIB.
With both sources of loans, the collateral is stipulated as assets formed in the future of the project and other assets (if any) depending on the appraisal results of VDB, according to Ha.
The Biomass Co-firing and Renewable Portfolio Standard Scenarios to 2030 report by the Vietnam Initiative for Energy Transition published in May 2020 said that the country’s biomass resources are enough to meet the fuel demand if the co-firing technology is applied at all coal-fired power plants by 2030.
Eichelbronner of BEM added, “Vietnam needs about $1 billion to invest in biomass power plants, convert new technologies for sugar mills, and develop biomass power in the wood and paper industries.”
Analysts said that only when the existing problems can be solved, Vietnam can continue to realise the targets under the upcoming Power Development Plan VIII as well as the Vietnam Renewable Energy Development Strategy.
The total biomass energy consumption will reach about 32.2 million tonnes of oil equivalent in 2030 and 62.5 million TOE in 2050, according to the strategy, contributing to balancing the proportion of renewable energy sources in the power network of the country.