New engine can use ‘contaminated biogas’ to generate electricity 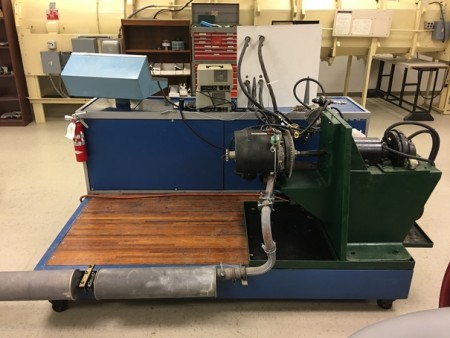 US based company Freedom Motors has developed an engine which can use contaminated biogas to generate electricity.

The company manufactures the Rotapower engine, a rotary engine which it claims offers ‘incredible’ improvements over traditional piston engines “without any of the disadvantages historically attributed to rotary engines.”

Freedom Motors' new biogas engine is a version of this Rotapower engine.

Methane, a single molecule of which traps 85 times more heat during its lifetime that carbon dioxide, is a growing concern for climate scientists. With most methane coming from biogas generated from sources such as landfill, wastewater treatments plants and animal manure, its rate of production has increased dramatically in recent years.

This biogas can be used to generate electricity, however, if the methane content is too low or the hydrogen sulphide or silica contaminants too high, the biogas might not be usable in a piston or microturbine engine. This means it is either flared or released into the atmosphere.

According to Freedom Motors, its Rotapower engine is resistant to both hydrogen sulphide and silica. In addition it can also operate on biogas with a lower methane content than its piston engine counterpart. The company states “It is uniquely able to generate electricity from highly contaminated biogas.”

Freedom Motors is currently undertaking a fund-raising program and reaching out to potential industry partners to bring its solution to the world market.

A spokesperson from Freedom Motors told Bioenergy Insight: "For renewable energy, the primary market applications we see as a good fit [for the biogas engine] are small landfills, waste-water treatment facilities and agricultural biodigesters.  Because of the modular designs of the engines, we can target 25kW (single-rotor) to 100kW (four rotors) power generation on biogas per engine (for our 530cc Rotapower model)."

Freedom Motors have been testing the 530cc Rotapower on biogas at the company's facility in Dixon, US. These tests have been performed in a controlled environment on a dyno, allowing the company to measure emissions and power.

"We are currently building a prototype grid-connected gen-set in partnership with another renewable energy company in Canada, and this system will be a 25kW generation system running on raw biogas at a waste-water treatment facility," the spokesperson continued.

"Our plan is to have this system up and running within a 1-2 month timeframe, and we will take the data and knowledge learned from that prototype into the design of production versions that will go into biogas renewable energy projects across Canada."