New biomass gasification plant is first of its kind in Samoa 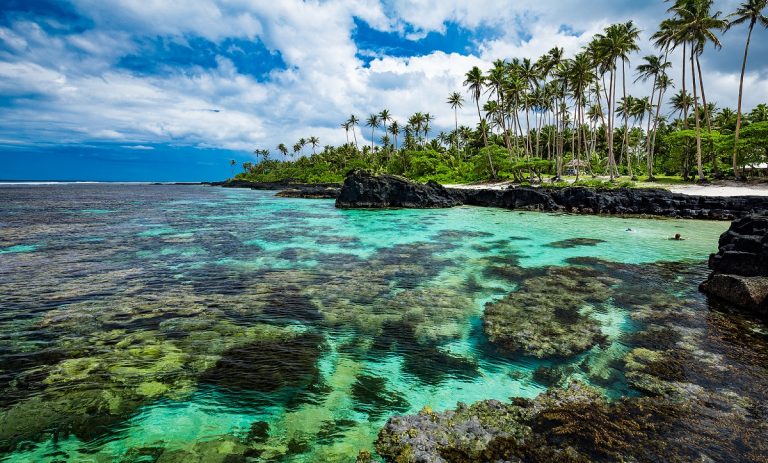 Samoa has opened a biomass gasification plant - the first of its kind in the region.

Afolau Biomass Gasification Power Plant will use wood chips, as well as weeds and invasive species like tamaligi, puluvao, coconut logs, husks, and coconut shells to feed the biomass gasifier.

This is the first facility of its kind to be set up in Samoa and the region and will benefit up to 5,000 families on the north-western side of the island of Upolu. The plant will save the country up to 1.2 million litres of diesel per year at $3 million Tala (€979,000). It will also reduce CO2 emissions by 3.7 tonnes per year.

Prime Minister, Tuilaepa Dr Sailele Malielegaoi said: “This project is one of the government’s long-term development goals to generate 100% of the country’s electricity needs from renewable energy sources by 2025, which is Samoa’s contribution under the Paris Agreement, to reduce greenhouse gas emissions, as well as reduce Samoa’s reliance on diesel, as we are now doing.

“This plant also adds to Samoa’s contribution to global efforts to reduce greenhouse gas (GHG) emissions or CO2, which have depleted the ozone layer, and which have severely impacted on global warming and climate change as we have seen recently with cyclones Evan and Gita.”

Jorn Sorensen, resident representative of the United Nations Development Programme (UNDP), which partly funded the project, said: “UDNP is fully committed to working with the Government of Samoa in addressing the threat of climate change.

“Samoa has shown great dedication in combating climate change by reducing GHG emissions that contribute to global warming, among other commendable actions.

“The launching of this plant has proven to the region and the world that Samoa remains true to its word and means business when it comes to climate-proofing its future.

“The Biomass Gasification Power Plant has made Samoa an example to other Small Island Developing States to emulate in the wise use of its indigenous biomass resources as a sustainable energy resource, as well as incorporating it with Samoa’s other developments in areas like agriculture, as demonstrated by the Samoa Trust Estates Corporation.”