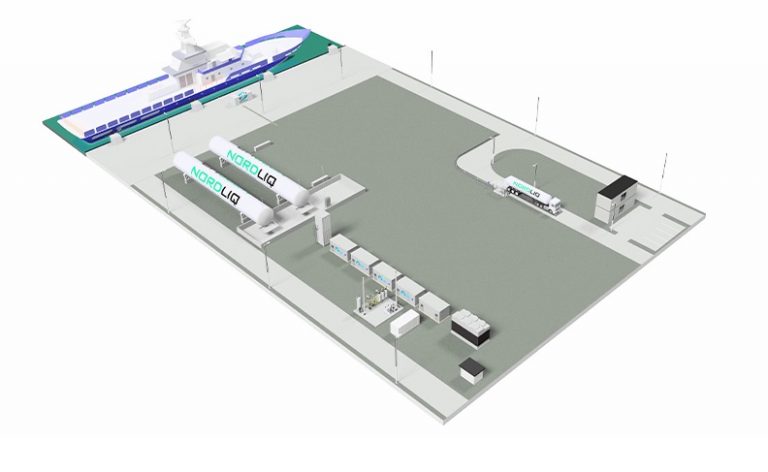 The two companies have come together to form a joint company, NORDLIQ (Nordic Liquefaction), to build and operate the first Danish LBG plant.

The facility will initially be able to produce 20,000 tonnes of LBG every year. The CO2-neutral fuel is already in heavy demand by the shipping industry but has, until now, not been produced in Denmark, meaning supply is currently unreliable, and transportation times and costs are high.

The NORDLIQ plant will change this, said the companies, enabling shipping and transportation companies to supply vessels with CO2-neutral fuel – a ‘decisive’ milestone in the sustainable transformation of the transport and shipping sector in Denmark and northern Europe.

“We’re very proud to lead this project in collaboration with Nature Energy and happy to be able to offer a responsible and effective solution for the transformation of the transport sector at this important time.”

MAKEEN already operates several LNG/LBG bunkering solutions, including for the Samsoe Ferry, and a refuelling station for trucks in Padborg, currently in progress. The Samsoe Ferry expects to transition to LBG when the plant is operational.

Between 60,000 and 100,000 ships pass Frederikshavn Harbour every year and one of the central buyers of the liquefied gas will be Bunker One, which, in collaboration with NORDLIQ, will handle sales and marketing to the shipping sector.

Peter Zachariassen, CEO at Bunker One, commented: “We’re extremely proud to get the possibility to offer the maritime sector a Danish-produced product that we see a rapidly growing demand for – a demand that has never been higher.”

The plant will be connected directly to the Danish gas grid, which is projected by the Danish Climate Ministry to consist entirely of biogas by 2040. There will be an opportunity to expand the initially planned production capacity of 20,000 tonnes per year to 120,000 tonnes of liquefied gas annually, at a later stage.

Construction of the plant is expected to commence later this year and the plant should be operational in mid-2023.