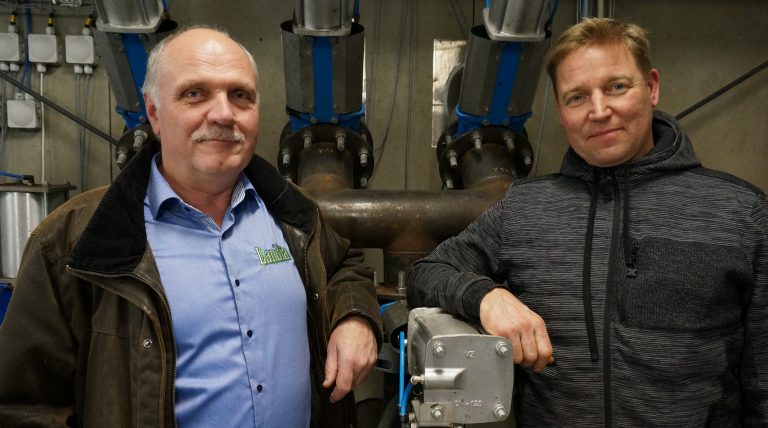 Danish firm Ny Rybjerggaard, which covers pig production, plant breeding and green energy, first encountered issues with its existing propeller stirrers when a steel wire broke. The company’s owner Jens Henry Christensen said: “In one of our reactor tanks (3,300m3), it transpired that a stirrer that was meant to be operating at the top of the digester had only been running at the bottom because the wire to raise the propeller stirrer was broken.

“In no time at all, a floating layer had formed at the top, and although we had the stirrer repaired, the problem remained.”

The issue severely impacted agitation and circulation of the straw and slurry feedstock at the plant, according to Christensen: “This situation highlighted the limitations to use of propeller-type equipment for this application, which can’t really cope with dry matter – so we knew it was time to find a superior, long-lasting, low-maintenance mixing system.”

To fix the problem, Landia first lent Ny Rybjerggaard a 30 kW GasMix digester mixing system as a temporary ‘look-see’ solution. According to Landia, initially, this larger motor was needed to ensure that the thick floating crust could be dissolved and to support comprehensive mixing within the digester.

“This was quite an achievement because the floating layer had become so thick that you could have stood on it. The retrofit was simple – and slowly but surely, the half-metre thick floating layer was completely gone.”

Landia’s managing director Steen Buhl Larsen said: “When you have a tank with such big problems, you need a bigger motor to begin with. Now that the floating layer has gone, we can incorporate an 18 kW Landia GasMix (supplemented by the two 18 kW propeller mixers) that can easily handle the agitation.”

According to Christensen, overall, the plant is now experiencing a 15-20% faster turnover using the Landia GasMix system.