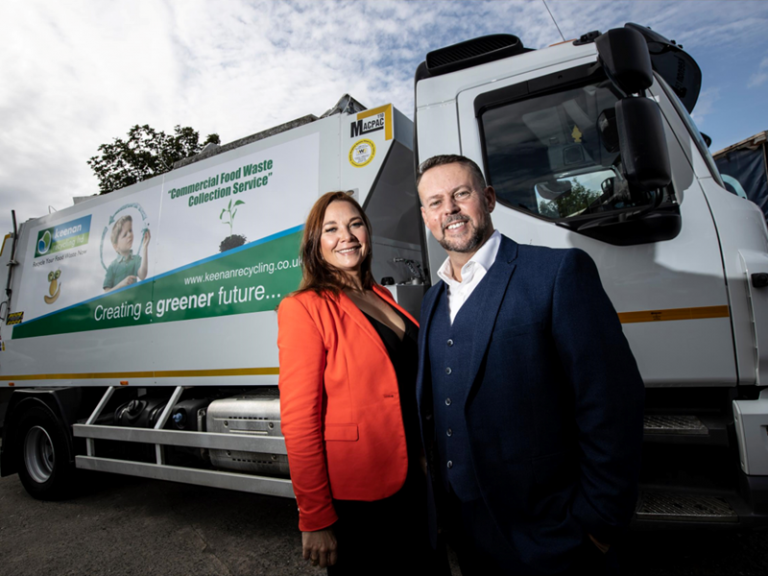 Keenan Recycling, headquartered in Aberdeen, Scotland, reduces the amount of waste going to landfill by collecting and recycling organic material. The firm acquired 39 new vehicles worth around £115,000 (€126,700) each, which will be rolled out across operations in Manchester, Leeds, Liverpool, Newcastle, and Hull, as well as additional collection services in South West England.

Initially established as a garden composting business, Keenan Recycling launched its commercial food waste collection services in Scotland in 2009 before moving south of the border and expanding across England.

The company already processes more than 100,000 tonnes of organic waste annually and turns food waste into premium-grade compost or biofuel, which generates electricity at numerous anaerobic digestion plants across England.

The new trucks feature individual bin weighing, slave bins for caddy and bag uplifts, and RFID technology that allows customers to track when their bin has been uplifted. With its expanded fleet, Keenan Recycling believes it can accelerate its growth ambitions UK-wide.

“Scotland has already introduced legislation requiring all businesses that produce over 5 kilograms of food waste per week to recycle it but this is still to come in England,” said collections director Claire Keenan.

“However, with an increasing focus on green sustainability, forward-thinking businesses in England are already making better choices with their food waste management.

“Our new fleet of collection trucks puts us in an ideal position to expand our services and capitalise on the opportunities when new legislation comes into force in the next few years.”