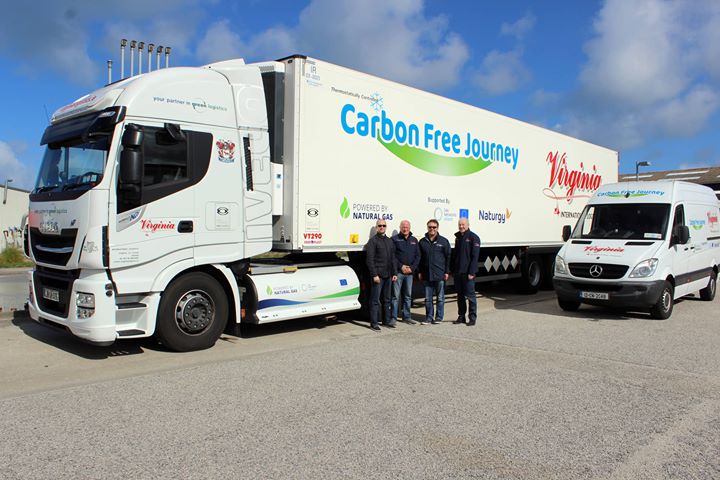 The lorry was fuelled by bio-compressed gas purchased from biomethane producers in Europe and delivered via Gas Networks Ireland. The truck filled up at the company’s compressed natural gas (CNG) station in its Dublin yard and again at a station in France.

Switching to CNG can reduce a lorry’s emissions by up to 22%, according to a report by Irish Times. However, using CNG in the same vehicle eliminates carbon emissions. “It is totally green transport,” said Ray Cole, co-owner and transport director at Virginia International Logistics. “People are looking to turn their supply chains green, and that is why we are changing our fleet, to save carbon footprint.”

The firm has eight CNG-fuelled trucks in a fleet of 130 lorries and another 20 on order. So far, the firm has invested €3 million and it aims to spend a further €3-5 million on the fleet. However, Cole echoed global calls for the government to step in to ensure the stable future of renewable gas through investing in CNG stations across Ireland. He added: “The government needs to get the infrastructure in quicker.

“Gas Networks Ireland are putting stations into strategic areas around Ireland, and they need help from the government to push that on and work with the haulier to help move over from diesel to gas.”