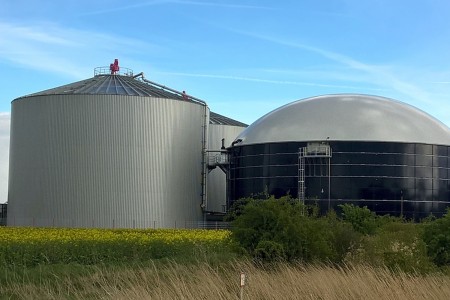 The Green Party’s spokesperson on agriculture, Pippa Hackett, announced, through a press release, the political party’s concerns over Gas Network Ireland’s proposal to build and develop a series of anaerobic digestion (AD) plants nationwide. The primary cause of concern is the current scarcity of resources in the agricultural sector.

Hackett said in her statement, “While the Green Party welcomes potential developments in renewable energy proposal, particularly within the agriculture sector, the pros and cons of any proposal must be considered.”

“The Irish agricultural sector has had a very difficult time of late, and promoting and encouraging the use of grass as a source to feed an AD facility is madness as we face into another hard winter. We are struggling to grow enough fodder to feed our farm animals each year; we do not need an additional sector to feed.”

The press release follows a series of concerns surrounding the use of AD in the UK. In July of this year, the AD industry responded to criticism from Ecotricity on the ethics surrounding AD and veganism.

Later, in August, the sheep industry questioned the UK’s incentives for AD and biomass burners, and the pressure they could exert on forage stocks.

As a response to the concerns the Irish Green Party presented in the aforementioned press release, the World Biogas Association (WBA) told Bioenergy Insight, “It’s important to remember that the growing of energy crops as part of a rotation can help to restore, not degrade, soils, and that the digestate biofertiliser naturally produced by the AD process is a vital tool for improving soil quality globally and displacing use of artificial, fossil-fuel-derived fertilisers.”

“WBA understands that Gas Networks Ireland’s parent company ERIVA has hired KPMG to conduct a consultation process on their proposal to use silage and cattle slurries in biogas plants. It is important for key stakeholders such as the Irish Green Party and the farming community to feed in their views into the consultation so all views are considered in the proposal.”

This article was written by Joshua Heer, junior editor of Bioenergy Insight.