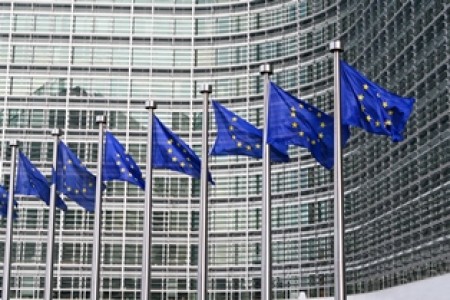 Policymakers in the European Parliament’s environment committee (ENVI) have voted in support of a proposal for a total phase out of crop-based biofuels by 2030 and have backed the use of biomass for electricity production.

The ENVI vote on the revised Renewable Energy Directive, dubbed RED II, happened yesterday evening (23 October). RED establishes an overall policy for the production and promotion of energy from renewable sources in the EU.

Yesterday evening (23 October), the report by Eickhout was adopted with a narrow majority of 32 votes in favour, 29 against and 4 abstentions.

This decision will be important in how the European Parliament positions itself when it makes its final decision on crop-based biofuels. The decision is expected to be finalised in December. However, the final vote could stretch into 2018.

Last November, the European Commission proposed to phase-out food crop-based biofuels from 2021. In November, the European Commission said to minimise Indirect Land-Use Change (ILUC) impacts, RED II will introduce a cap on the contribution of food-based biofuels towards the EU renewable energy target, starting at 7% in 2021 and going down progressively to 3.8% in 2030. However, a thin majority of MEPs on the environment committee want that cap set at 0%. MEPs voted to ban the use of biodiesel from all vegetable oils by 2030 and of palm oil biodiesel as early as 2021 under the revised RED.

The European Commission also proposed to increase the share of advanced biofuels to 9% of fuels supplied in 2030.

Eickhout said: “I am delighted that the Parliament is demanding an end to the use of palm oil as a biofuel. Not all biofuels have the same environmental impact and EU policy needs to make a better distinction between the good and the bad.

“We have to prevent food and feed crop biofuels end up displacing food production and have a negative climate impact sometimes even exceeding fossil fuel emissions.”

Emmanuel Desplechin, secretary general of European renewable ethanol association ePURE, said: “The vote shows a very divided European Parliament. Even as they adopted a higher and binding renewables target, MEPs cannot agree about what to do with transport, a sector that accounts for a quarter of the EU’s total emissions. On the one hand, they have adopted a high ambition to decrease the carbon intensity of transport fuels; on the other hand they are banning European crop-based biofuels a few years after promoting them.

“While ENVI MEPs have tried to differentiate among biofuels and reward those like European ethanol with high GHG savings and low risk of adverse impacts, the agreement falls short of setting a blending obligation for these sustainable low-carbon biofuels.

“The European Parliament ITRE Committee and Plenary must now realise that the constant changes in the EU’s policy on crop-based biofuels will discourage investment in advanced biofuels – thus defeating one of the goals of the Commission’s proposal. As the most recent Council text recognises, most EU Member States see investment certainty for crop based biofuels as a ‘sine qua non’ for adequate future investment.”

In a statement to Bioenergy Insight, Jean-Marc Jossart, secretary general at Aebiom, said: “In the final adoption of its opinion, the ENVI Committee has decided tonight to address the sustainability issue both seriously and pragmatically, allowing solid bioenergy to continue playing its essential role in the European energy transition. While this vote acknowledges the positive work and contribution of thousands of local bioenergy players, it also calls into question the systematic bioenergy bashing that occurred surrounding this debate. We are now counting on the entire Parliament and Member States to follow the approach taken by the Commission, and endorsed by the ENVI Committee, to support bioenergy in its role in achieving the EU’s climate and energy goals.”

Looking forward, there now needs to be a full European Parliament vote in the plenary, and then it is expected that the European Council give a final vote on the matter in December, 2017.

This article was written by Liz Gyekye, editor of Biofuels International and Bioenergy Insight.