Glenfiddich’s vehicles to use biogas derived from whisky waste 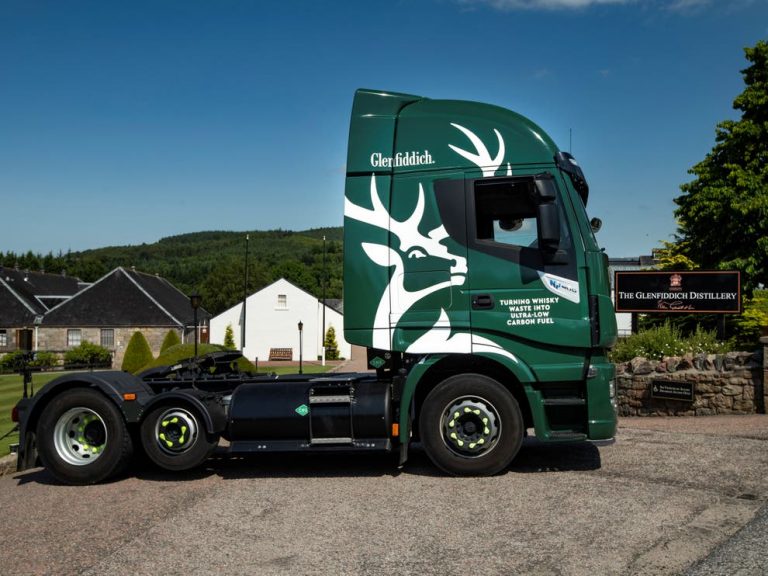 Scottish whisky producer Glenfiddich has announced it will run its vehicles on biogas generated from whisky waste.

The distiller’s parent company, William Grant & Sons, launched the closed-loop system at the site in Dufftown, Moray, converting the residues from the distilling process into biogas. The technology converts production waste into an ultra-low carbon fuel gas that produces minimal CO2 and other harmful emissions.

Fuelling stations have been installed at the distillery and the biogas now powering specially-converted trucks that transport Glenfiddich at all stages of production, through to bottling and packaging, covering four sites in central and western Scotland.

Stuart Watts, distilleries director at William Grant & Sons, said: “It has taken more than a decade for Glenfiddich to become the first distillery to process 100% of its waste residues on its own site, then to be the first to process those residues into biogas fuel to power its trucks, and finally, to be the first to install a biogas truck fuelling station supplied by our on-site renewable energy facility.”

Watts said the biogas will help reduce CO2 emissions at the company by more than 95% and other harmful greenhouse gas emissions and particulates by up to 99%, compared to diesel and petrol trucks.

Each truck should displace up to 250 tonnes of CO2 annually, equivalent to planting up to 4,000 trees every year, or displacing the fossil fuels from 112 households.