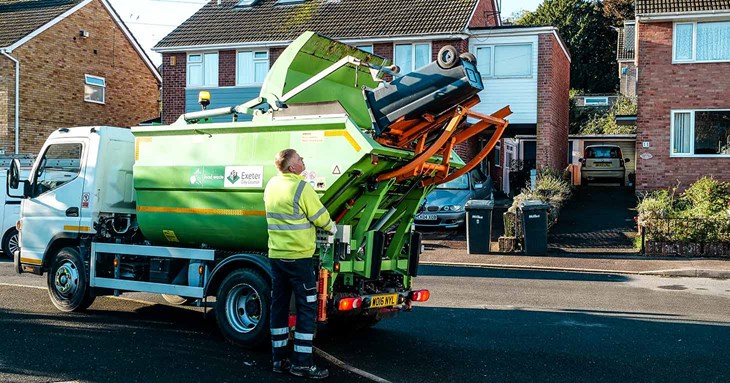 Exeter City Council in Devon, UK has thanked residents for participating in the first phase of a food waste collection roll-out.

Almost 10,000 kilograms (10 tonnes) of food waste has been collected from 1,300 homes in Alphington, a suburb of Exeter, since the service began at the start of November. Around 80% of households put their food waste out for collection weekly.

Previously, food waste would have been placed in with general household waste and sent to the city’s energy-from-waste plant. Now it is sent to an anaerobic digestion facility to generate gas, electricity and a soil improver.

“I can’t thank the people of Alphington enough,” said Councillor David Harvey, lead councillor for city management. “Their response has been fantastic – they have really got on board and embraced the new service.”

The service will be rolled out to other parts of Exeter next year, with the whole city eventually being covered.