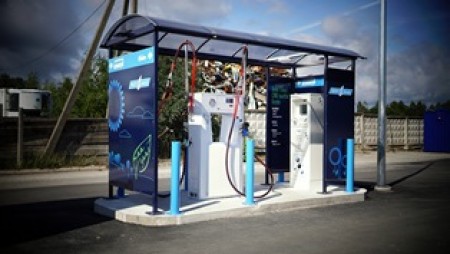 Estonian natural gas distributor Eesti Gaas has signed a contract with renewable fuels provider Rohegaas to buy around 11 million m3 of biomethane from the company over the next two years to sell at its compressed natural gas (CNG) stations.

“I am very glad that in the new year we will start the sales of biomethane or green gas in all our compressed gas stations," said Raul Kotov, a member of the board of Eesti Gaas.

He added: “At the moment, we have seven stations, another station will open on Tehnika Street in Tallinn in the end of the year and we are planning to open sales points in Rakvere, Viljandi and Jõhvi next year.”

Rohegass will supply the gas to Eesti Gaas via its biomethane production unit in Kunda which will start operating next year. According to Eesti Gaas, it will be the first of its kind in the Baltics.

"Eesti Gaas makes its business decisions in an environmentally conscious manner and based on the fact that Estonia has assumed the responsibility of covering at least 10% of the fuel used in transport with fuel from renewable sources by 2020, a third of which would be biomethane,” said Kotov.