ENplus expects to certify 14 million tonnes of pellets in 2021

Wood pellet certification scheme ENplus® is expecting to certify more than 14 million tonnes of pellets in 2021.

In 2020, the total production of certified pellets was 12.3 million tonnes. These volumes reflect the scheme’s continued expansion and the growing number of companies joining the scheme.

One month ago, ENplus announced that the list with active certificates now includes more than 1,100 pellet producers, traders, and service providers in 47 countries globally. Although most of the newly certified companies are located in countries such as Poland, Ukraine, and Russia, an increased interest in the scheme is also being seen from businesses in South America.

With over 3 million tonnes, Germany remained the biggest producer of ENplus certified pellets in 2020. Austria was in second place, followed by Russia, while Poland ranked fourth, ahead of France and Spain. All countries in the top six have increased their certified pellet production compared to the previous year, with France being the only exception.

Catalina-Elena Dumitru, the scheme’s director, said: “We continue to observe a strong demand for certification coming from most countries in Europe. According to the latest data that we have, the ENplus certified production accounts for more than 85% of the pellet volumes in at least 10 European countries.

“Given the circumstances around the pandemic and the national programmes encouraging a transition towards greener energy, it should be expected that many more end-users will look for high-quality pellets, which is a promising forecast for the certification’s future.”

The ENplus team is working hard to combat fraud in the industry so that the value of the certification seal remains protected over time. As of April this year, close to 740 fraud cases have been identified and solved. To help end-users identify fraudulent companies, a blacklist is available on the scheme’s website. 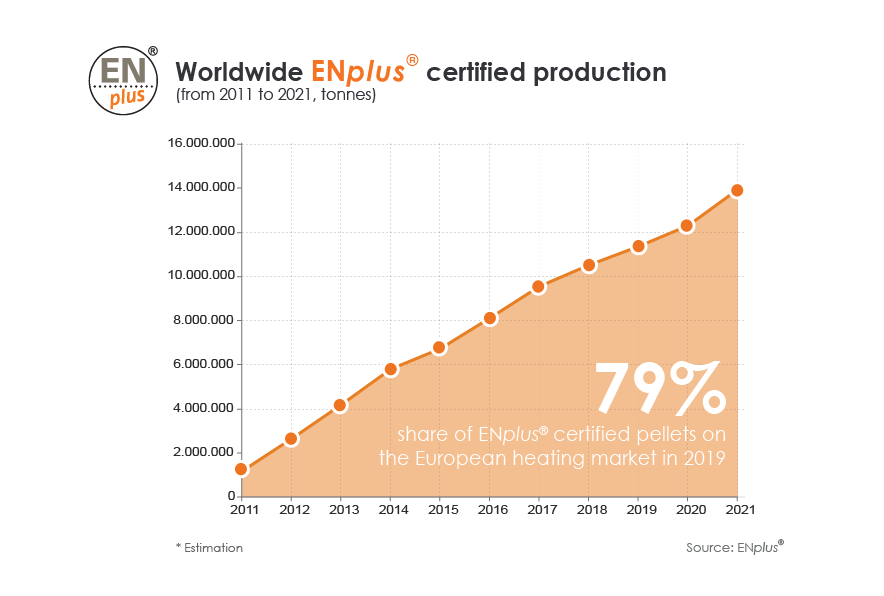