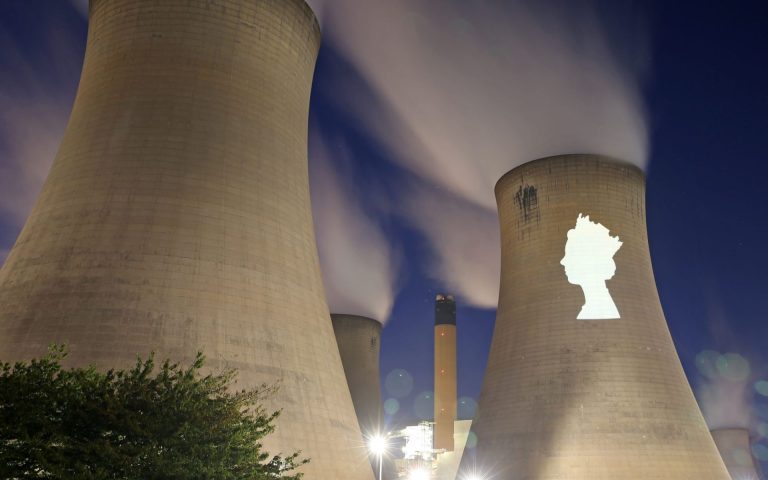 The UK’s largest power station has paid its respects to Queen Elizabeth II with a dedication on one of its 12 huge cooling towers.
The image was projected onto the 114m tall cooling tower at Drax Power Station in North Yorkshire over the weekend of the Queen’s funeral and was seen from miles around.
Earlier this year, Drax turned two of its cooling towers blue and red to celebrate the Queen’s Platinum Jubilee.
Bruce Heppenstall, Plant Director at Drax Power Station, said:
“It has been an incredibly moving week in which so many people across the world have shown their love and respect for the Queen. As we mourn her passing, our deepest condolences go to His Majesty King Charles III and all of the Royal Family.”
The tribute to Queen Elizabeth II at Drax was projected from 8pm – 12am on 18 and 19 September and was visible from the west of the power station.