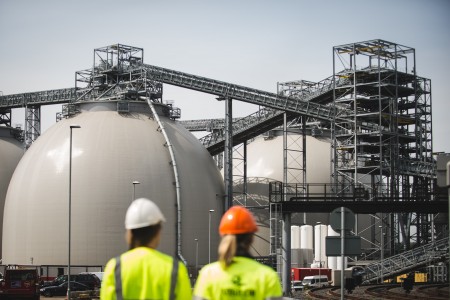 The promising results are according to Drax’s Electric Insight Report, which was produced independently by researchers from Imperial College London. The report also looks at why power prices are at their highest in the last ten years, accusing Brexit as the primary culprit regarding the increase.

Drax claims a key contribution to the feat was the retiring of a third of fossil fuel generating capacity over the last five years, whilst capacity from renewable energy has tripled, taking the UK total renewable capacity to 42GW.

According to the report, wind farms hold the largest share in the capacity, with more than 20GW available. Solar provides over 13GW whilst biomass contributes with 3.2GW.

“The IPCC’s report recognised that in order to meet our climate change targets, up to 85% of global power generation needs to come from renewables by 2050. This means the remainder will have to be provided by flexible sources, which can support the system and help to keep costs down – such as biomass, hydro, pumped storage as well as high efficiency gas.”

The study also supports Drax’s claims that the UK’s growth in wind power has made it the world leader, with 45% of global wind capacity stationed within the nation’s borders.

“Capacity from renewables overtaking fossil fuels to hold the biggest share of UK electricity generation is another significant milestone in an already record breaking year for the industry,” Court told Bioenergy Insight.

“As biomass is an essential element to decarbonising the UK, it is a positive sign to see that it held the third largest share in renewables at 3.2GW. If the UK is to meet legally binding climate targets and benefit from cheaper, greener and smarter energy the Government must capitalise on the potential of biomass as a solution to the decarbonisation of heat and power by implementing consistent long-term policy and clear route to market.”