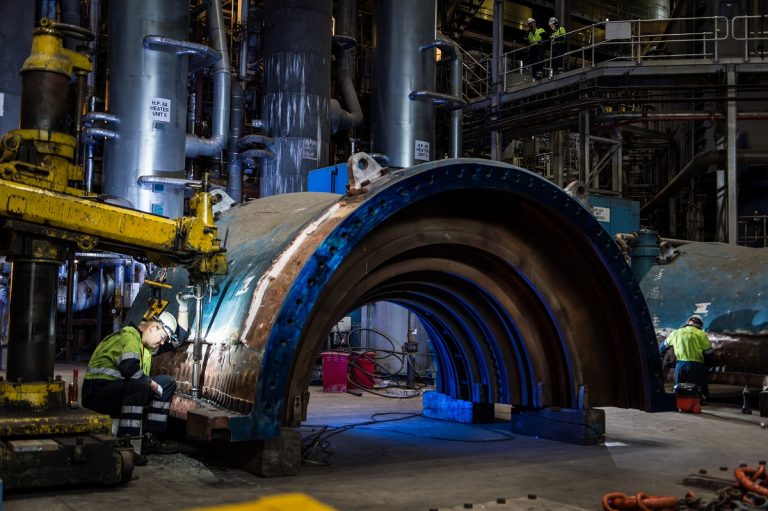 Work is underway at Drax Power Station to upgrade one of its turbines to help drive down the cost of biomass power generation.

Over the next four months, more than 1,000 contractors will work ‘around the clock’ to boost the performance of one of the station’s four biomass units and improve its efficiency.

The work will include installing a new high-pressure turbine barrel, new pipework, and surveying the station’s boilers as part of Drax’s plans to reduce the cost of its biomass power generation by about one third by 2027.

The upgrade is the third and final upgrade forming part of a £40 million (€47 million) investment programme in the station’s turbines, which started in 2019.

“These turbine upgrades will improve the plant’s efficiency, ensuring Drax can continue to generate the reliable, renewable electricity millions of homes and businesses across the UK rely on, beyond 2027,” said Mike Maudsley, Drax Group’s UK portfolio generation director.

“It’s also a huge boost to the region’s economy, with more than 1,000 contractors working on-site during the project – that’s in addition to the 6,600 jobs supported throughout Drax’s supply chains in the north.”

Drax Power Station near Selby in North Yorkshire has been transformed in recent years from using coal to generating renewable power with sustainable biomass – cutting carbon emissions by more than 90% since 2012, making Drax one of the lowest-carbon intensity generators in Europe.