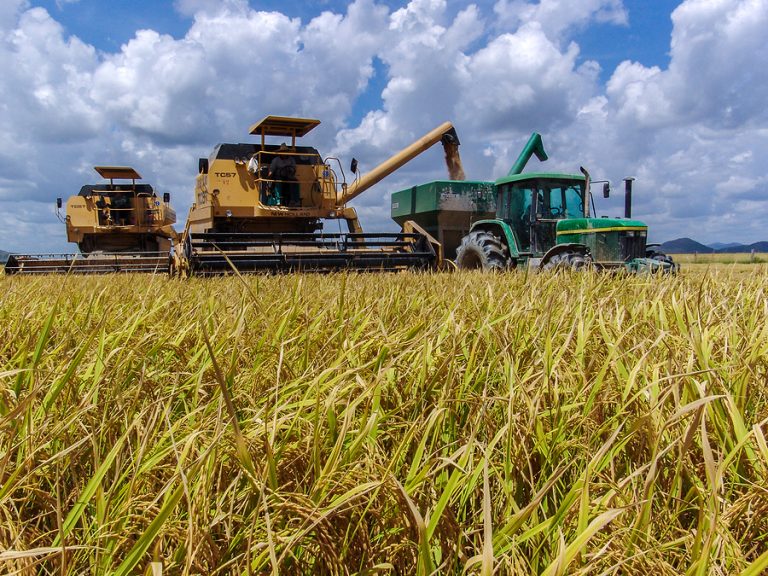 Flinders Shire Council in North Queensland, Australia, has signed a Memorandum of Understanding with Frontier Impact Group to investigate a project to harvest and convert woody weeds into renewable fuel and other valuable byproducts.
Flinders Shire CEO, Hari Boppudi, said he was thrilled that Flinders Shire Council had signed the MOU to conduct a feasibility study on such an innovative project because landholders across the region had struggled with millions of hectares of good grazing land infested with woody weeds, such as Chinee Apple, Prickly Acacia and Leucaena.
“Now we may have a technology-solution that could convert this biomass into a 100% drop-in renewable diesel and other valuable by-products,” Boppudi said.
“Although the project produces sustainable fuels, at its core it’s a woody weed removal and a land restoration project,” he added.
Sandra Richards, a well-known local from the Townsville region and former landowner in North West Queensland, is working alongside Frontier Impact Group to coordinate biomass supplies across North Queensland.
Richards said the innovative project would “put Hughenden, Flinders Shire and Townsville on the map for other local governments to follow in Queensland and across Australia because many were concerned about similar issues with woody weeds and seeking a circular economy solution for biomass waste streams.”
The study investigates the viability of a project to harvest woody weeds as a feedstock for two or more potential commercial-scale renewable biorefineries. It is important to have the renewable biorefineries closely located to the biomass source to reduce the cost of transporting biomass as this is crucial for its viability.
The renewable biorefineries use a high-temperature pyrolysis process to convert a minimum of 55,000 dry tonnes of woody biomass into approximately 18 million litres of Renuleum, a 100% drop-in renewable diesel for use in local vehicles on farms, trucks and mines, as well as around 8,000 tonnes of biochar for land restoration.
Once the feasibility study is complete, there is the potential of it being live in early 2025. The development of two projects would create more than 200 jobs and over $400 million in capital investment in the region.
“The benefit of Renuleum, our renewable diesel, being “100% drop-in” is that, unlike oil-based biodiesel, it can be used as a direct replacement in trucks, tractors or other transportation without the need for blending or capital expenditure to upgrade or modify vehicles,” Richards said.
“The feasibility study will hopefully pave the way for renewable fuels to be produced locally at commercial scale in Hughenden, Townsville and other parts of Tropical North Queensland,” she concluded.