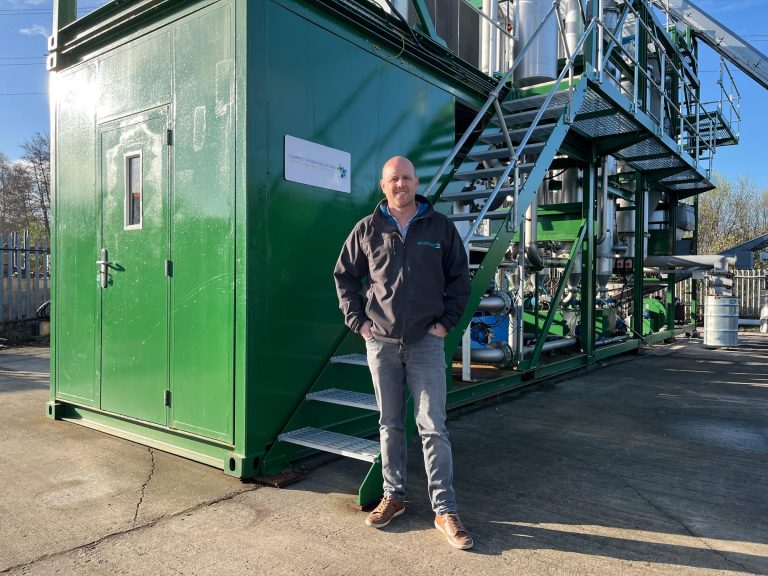 Compact Syngas Solutions (CSS) has won €294,487 (£246,568) from the Hydrogen BECCS (bioenergy with carbon capture and storage) Innovation Programme, run by the Department for Business, Energy and Industrial Strategy (BEIS) and funded through the Net Zero Innovation Portfolio (NZIP).

CSS, based in Deeside, Wales, had already won a BEIS grant worth nearly €358.4 (£300k) earlier this year to advance its waste-to-hydrogen production technology with a number of partners around the UK.

That funding came from the Low Carbon Hydrogen Supply 2 Programme, which is also part of the Government’s Net Zero Innovation Portfolio (NZIP).

The latest funding, secured thanks to a partnership with grant funding consultants Catax, will help CSS to develop technology that allows it to capture the carbon produced during gasification. This is the process that produces syngas, which is a cocktail of gases that includes up to 20% hydrogen. This is the first step in producing pure hydrogen from waste that would have otherwise gone to landfill.

CSS said it will use the funding to explore the feasibility of using water as a way of separating out CO2 during gasification and storing it. In the past, carbon separation has traditionally been achieved using amines​, which are derived from ammonia.​ A test rig will be built before CSS advances to a full-scale prototype later in the project when Phase 2 funding of £5m will be available.

The solution being developed will have to be portable enough that it can be easily transported and sold to commercial customers. However, the carbon capture process itself must also promote the efficiency of the hydrogen production, and help lower carbon emissions overall.

The 10 Micro H2 hubs (with four gasifiers) that CSS ultimately plans to build will each be capable of producing 60kg of hydrogen and capturing 3,168kg of CO2 each day. Full-scale rollout could see three large Waste-to-Syngas-to-Liquid-Fuel facilities built in the UK which, between them, could capture 50,100 tonnes of CO2 a year.

The technology will be key to helping the UK reach its Net Zero 2050 target, according to CSS and Catax. Waste-to-hydrogen production diverts waste from landfill and produces a fuel that has no Greenhouse Gas by-products. Hydrogen has many industrial uses but can also be used as a fuel for vehicles.

Paul Willacy, managing director of CSS, said: "We are delighted to have been successful in obtaining government funding for our hydrogen BECCS Innovation project.

"The ability to capture and store the carbon from our gasification process while making hydrogen will support the drive to Net Zero and lower the environmental impact of producing this green fuel at scale.

"Hydrogen itself has a very low environmental impact but we still need to deal efficiently with the CO2 that emerges during its production, and that’s going to be the focus of this project.”

Karen Taylor, group head of grants at innovation funding specialist Catax, said: "Carbon capture is the final piece in the puzzle in the story of hydrogen production, and CSS is determined to make the UK a world leader in this technology.

"It is hoped that efficient hydrogen production will put the UK on a fast track to Net Zero and its impact will be felt by all of us, from how we travel to what powers the machines that build our homes and produce the goods we buy.”