Canadian project to produce RNG from crop and forestry residues 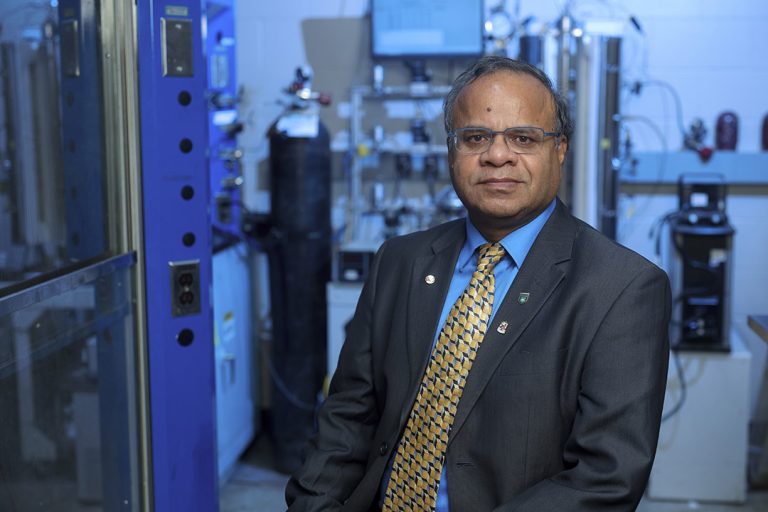 A researcher from the University of Saskatchewan (USask) is working with Tidewater Renewables to develop a novel integrated process to produce RNG from crop and forestry residues.

With Saskatchewan’s north home to a boreal forest that is larger than Germany, and its south making up nearly half of Canada’s cropland, the province’s agriculture and lumber industries alone produce approximately 24 million tonnes of biomass residues annually.

The goal of Dr Ajay Dalai (PhD) and Calgary-based Tidewater Renewables is to help decarbonise the heating and power production sectors by replacing non-RNG with biomethane and help Canada’s transition to a low-carbon economy.

The process Dalai is developing aims to make cost-efficient biomethane from the vast volume of agricultural biomass available on the Prairies. While some of the material is used as animal feed and bedding, a lot is left in fields or hauled to landfills, where it rots and releases methane – a greenhouse gas nearly 25 times more harmful than CO2.

Monetising the carbon in biomass to produce renewable biomethane locally instead of allowing methane to contribute to climate changes is “sensible”, especially as it also reduces the reliance on non-RNG, said Dalai, a professor in USask’s College of Engineering and Canada Research Chair of Bioenergy and Environmentally Friendly Chemical Processing.

“The idea is to digest the residues from agricultural biomass to make methane,” said Dalai. “We collect the methane, take the solid and gasify to get more methane. Then, we take the by-product gases from the gas we make and convert that into additional methane.”

The biomethane produced in this way is identical to the methane in natural gas and can be directly injected into existing natural gas networks.

Dalai is developing a novel integrated process that uses anaerobic digestion and thermochemical gasification methods to produce RNG. Tidewater is providing $150,000 (€106,000) annually for three years for the project. Dalai is also applying for an Alliance grant from the Natural Sciences and Engineering Research Council of Canada, which would provide $300,000 (€212,000) annually for the project if he is awarded funding. At least six highly qualified personnel will be trained as part of the project.

Sharing the research findings with other renewable energy companies in Canada to set up cost-effective biomethane facilities will help them reduce carbon emissions while creating opportunities for farmers, engineers, and researchers, Dalai said.