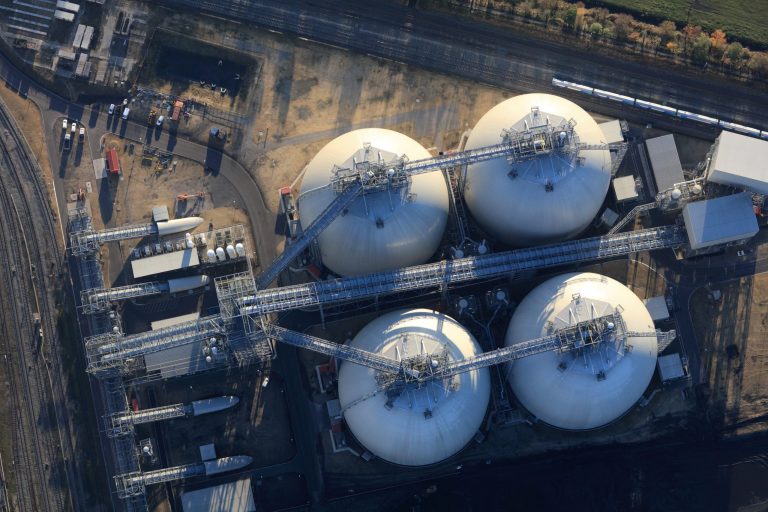 Renewable energy company Drax has signed an agreement with British Steel to explore opportunities for its steel to be used to build the world’s largest multi-billion-pound carbon capture project at its power station in the UK.

The signing of a Memorandum of Understanding (MoU) brings together two major British industries to support the development of bioenergy with carbon capture and storage (BECCS), a technology which could kickstart a completely new sector of the economy and create opportunities for the UK to lead the world in a vital technology required to address climate change.

Through the partnership, Drax and British Steel aim to support efforts to meet the UK’s climate targets and level up the North, whilst supporting skills within the steel sector.

Will Gardiner, Drax Group CEO said: “We are excited to be partnering with British Steel as we continue to progress our world-leading UK BECCS project. This country has a once in a lifetime opportunity to lead the world in vital new green technologies like BECCS, which will not only support thousands of UK jobs, but could also create new export opportunities, whilst helping to tackle the climate crisis.

“We aim to invest billions of pounds, create tens of thousands of jobs and have BECCS operational in the UK by 2030, provided that the UK government has in place policies to support the feasibility and delivery of negative emissions technologies. BECCS will permanently remove millions of tonnes of carbon dioxide from the atmosphere every year from as soon as 2027, whilst continuing to generate the reliable, renewable power this country needs.”

BECCS is a critical technology needed to combat global warming because it permanently removes carbon dioxide from the atmosphere whilst also generating reliable, renewable electricity.

Drax is ready to invest around £2bn in its plans to build BECCS in the UK. Work could get underway as soon as 2024, with the energy company planning to source up to 80 percent of the materials and services it needs for the project from British businesses.

Around 13,000 tonnes of steel will be required for the major infrastructure project, including beams produced at British Steel’s Scunthorpe and Teesside steel works.

Allan Bell, British Steel’s chief commercial and procurement officer, said: “We are proud to be working with Drax to explore the opportunities this major infrastructure project creates both in terms of the use of our steel products but also in developing skills in the steel supply chain required to support the development of CCUS expertise within the UK.

“We’re already making progress in our own decarbonisation journey, with our plans to use green hydrogen and our commitment to be net zero by 2050. There are real synergies between what we’re trying to achieve and Drax’s ambitions with BECCS, which we hope to build on through this partnership, putting the UK and the North of England on the world map.”

Holly Mumby-Croft MP, the member of parliament for Scunthorpe, said: I was delighted to hear that Drax and British Steel had reached this agreement, it’s some really positive news for Scunthorpe.

“I’ve long said that we should be using British steel in British infrastructure projects not only because we should be supporting our local businesses, but because it’s also the best. I look forward to seeing the outcome of this partnership and the benefits it will bring to Scunthorpe, protecting jobs and supporting energy security.”

If the UK government gives more clarity this summer on the process by which BECCS power projects can move forward within its CCS cluster programme, Drax’s BECCS project could capture 8 million tonnes of CO2 a year from 2030, making it the largest carbon capture and storage project in the world.

It will also act as an anchor project for the East Coast Cluster, a consortium of Zero Carbon Humber and Net Zero Teesside, which when combined account for more than half of the UK’s industrial emissions.

The UK steel industry plays a pivotal role in the northern communities in which it operates, supporting thousands of jobs in both Scunthorpe and Teesside. Large infrastructure projects like Drax’s BECCS plans will help to protect jobs in the steel sector.