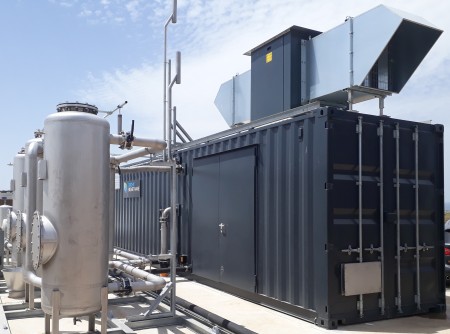 The partnership agreement between Bright Biomethane from the Netherlands and Biogen Biotechnologies from the Caribbean, Barbados, will be used to help to promote and further develop biogas upgrading technology and biomethane production in Barbados.

The strategic partnership will utilise the island’s organic materials such as seaweed, sea moss and industrial waste, making for sustainable and smart waste to energy solutions. The extended biogas network will also be transformed into transport fuel and electricity.

The biogas produced will be able to be upgraded in a biomethane plant. Bright Biomethane will do so using an advanced 3-stage membrane technology, where highly efficient membranes are applied for the separation of methane from biogas. The biomethane produced can be injected into the national gas grid network or compressed to CNG properties and utilised as transport fuel.

With it’s over 284,000 inhabitants, Barbados had until recently, focused its renewable energy on solar power. However, the island faces many issues with waste; according to the World Bank, it produces 4.75kg of Municipal Solid Waste per capita/per day, which translates to about 1,000 tons of waste per day. Around 70% of that waste is organic and thus can be used in the production of biomethane.

The partnership will work to promote the production of organic waste to energy and biogas to biomethane upgrading systems.