Biomethane-powered railcars could be introduced in the UK 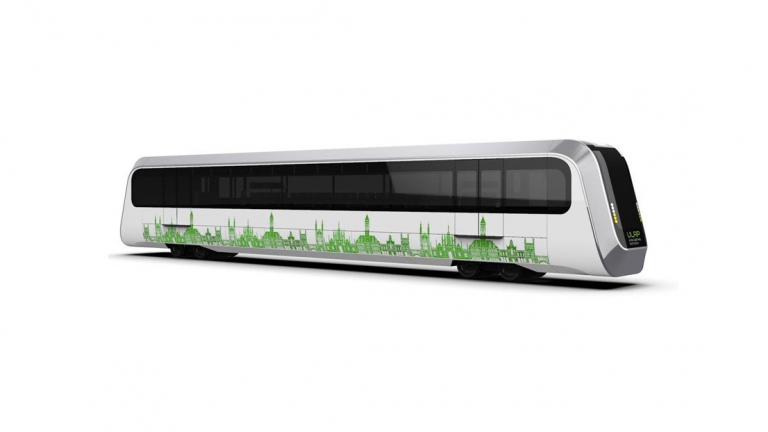 Image: Ultra Light Rail Partners
Lightweight railcars powered by biomethane derived from human, farm, and food waste could be introduced in the UK.

Ultra Light Rail Partners has received a £60,000 (€66,700) Innovate UK grant to develop a feasibility study and design for a 120-passenger biomethane-powered lightweight railcar for introduction in the West Midlands. The design will focus on COVID-19 safety, as well as featuring ultraviolet lights and heavily-filtered airflow.

The biomethane used to power the vehicle will be made from waste products including animal manure, food waste, farming crop residue, and sewage sludge.

A prototype 10-metre-long biomethane vehicle was launched at a test facility at Motorail, Long Marston, Warwickshire, in July 2020, with an earlier £350,000 (€389,000) grant. The funding was awarded as part of the UK Government’s Sustainable Innovation Fund, which is supporting 1,103 projects totalling £130 million (€144 million) in support across the UK.

The BioUltra railcar would be used on existing rail lines for shuttle services and reopened rail lines, following the government’s programme aimed at reversing the Beeching rail closures through a £500 million fund to reconnect towns. The vehicle would have a top speed of 50 miles per hour.

“Biomethane can be proved, without doubt, to be the most environmentally friendly fuel and I am delighted that, following on from producing the world’s first tram-train to be powered by biomethane, this locally-produced and sustainable fuel will continue to be used for this new railcar,” said Christopher Maltin, technical director of Ultra Light Rail Partners and chair of Organic Power.

“The combination of biomethane as the fuel and the absence of any particulates from tyre degradation or road abrasion will result in the cleanest form of public transport, both in terms of air quality which will be improved, and climate change which will be reduced.”

Phil Evans, managing director of Premetro Operations, operators of the Stourbridge Shuttle, said: “We have pioneered the highly successful operation of our light rail shuttle in Stourbridge, which has carried over six million passengers over the past 10 years at 99.7% reliability – the most reliable operator in the country.

“We are keen to support innovation in light rail to expand this from on-rail into on-street operation and vastly increase clean, cheap, reliable transport choices for the public across the country.”