Biomethane could deliver 30% of the UK’s carbon budget, says ADBA 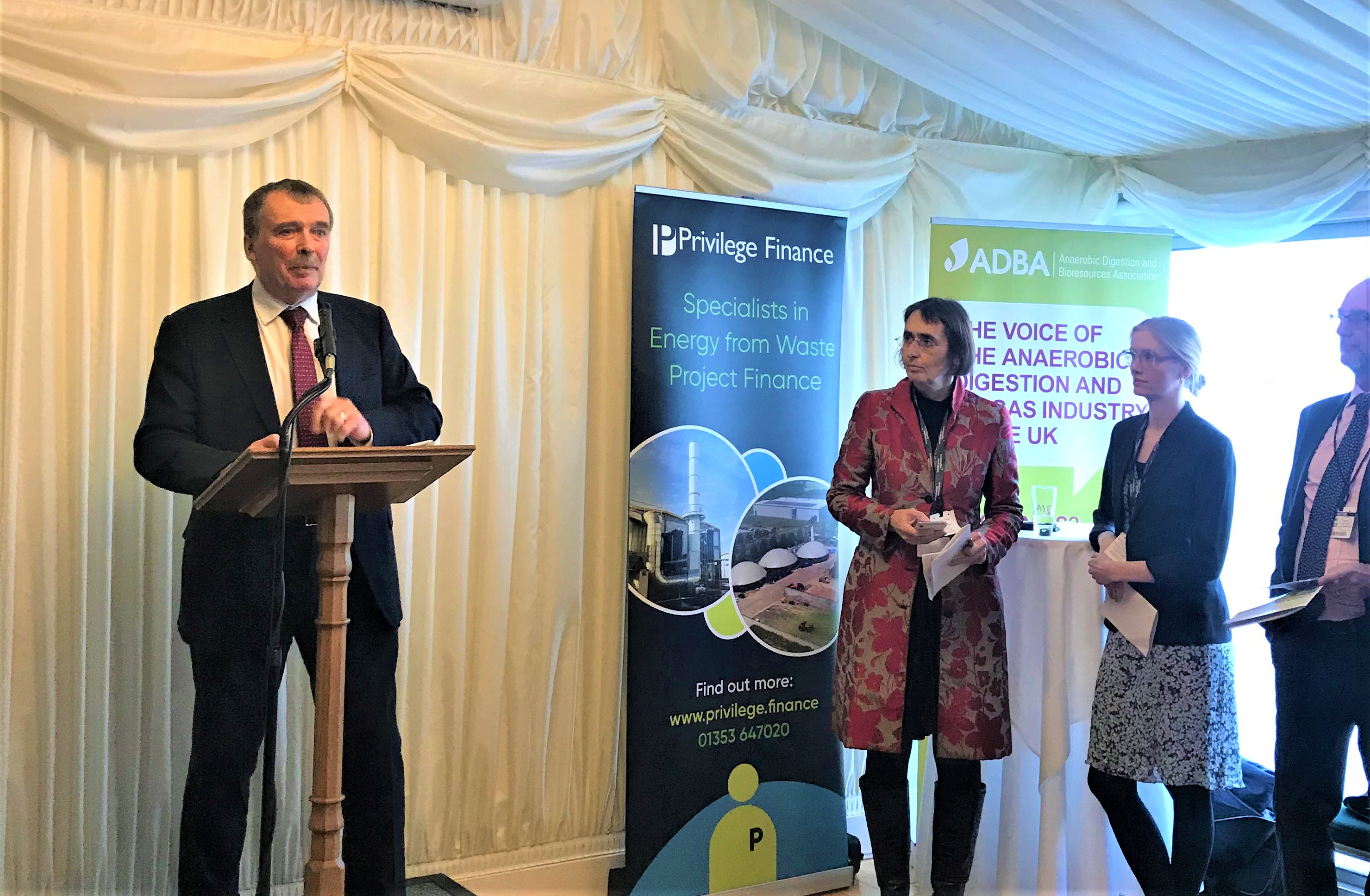 Image credit: ADBA
Biomethane could deliver 30% of the UK’s carbon budget in the hardest-to-decarbonise sectors, according to the Anaerobic Digestion and Bioresources Association (ADBA).

In a newly-released report, launched by Alan Whitehead MP at the House of Commons in London on 2 March, ADBA claims that biomethane could provide ‘green heat’ to 6.4 million UK homes and create 30,000 jobs by 2030.

Overall, ADBA estimates that this would deliver a 6% reduction in UK greenhouse gas emissions, specifically in more challenging sectors such as heat, transport, waste management and agriculture, and 30% of the reduction needed by 2030 to meet the nation’s legally-binding carbon budget.

“Our sector has seen periods of very strong growth in the last decade as a direct result of supportive policy,” said ADBA’s chief executive Charlotte Morton, “but this has stalled in recent years due to the withdrawal of support.

“The next 10 years, dubbed the climate decade, are our last chance to reverse the climate crisis. To reach its full potential by 2030 and make a real impact, the industry must grow faster than it ever has done. We therefore need robust and immediate support from government to capitalise on the sector’s wide-ranging environmental and social benefits, and to unlock a commercially viable, world-class AD industry with goods, services and expertise that can be exported around the world.

“In the face of the climate emergency, AD is not an option - it’s a necessity, and a technology that needs to be fully deployed now to create the healthy environment and healthy green economy that the UK needs.”

Chris Winward, chief commercial officer at Privilege Finance, commented: “Now is the time for us to ensure policymakers understand the potential for energy from waste technologies to contribute towards achieving net zero and the creation of a more circular economy.

“Sending waste to landfill that could be used for energy production needs to be seen as socially unacceptable. Existing AD technologies offer a solution to both the problem of producing materials that ultimately end up in landfill and the need to decarbonise our energy system.”

Advocates of AD have long argued that shifting to biomethane in the UK gas network would not be disruptive, as the infrastructure already exists. John Morea, CEO of SGN, said: “The injection of further biomethane into the gas network is key to decarbonising heating through the 2020s, and involves no disruptive changes for customers.

“We hope this report will raise the profile of the potential for biomethane to deliver a third of the carbon savings necessary to meet the UK’s legally-binding fifth carbon budget and allow for the necessary policies to be introduced from when the Renewable Heat Incentive ends in March 2021.”

“We welcome this report that clearly shows the benefits of biomethane and AD, which must play a critical role in helping us to get to net zero,” said David Smith, chief executive of the Energy Networks Association. “They are good for the environment, good for the economy and good for the public who will benefit from a low carbon, low cost energy system. In the run-up to COP26 this year, what we now need is a commitment to roll-out the world’s first zero-carbon gas grid.”