Biomass biggest contributor to EU renewables in 2016, but ominous signs for the industry’s future 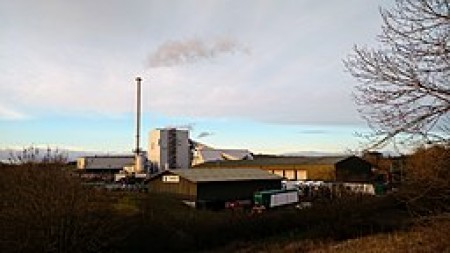 Eurostat, the statistical office of the European Union, has figures on Renewable Energy use in 2016. The newly published data reveal that the share of renewables reached 17% in 2016, with the biggest contributor to that being from wood biomass.

The statistics show that renewable use has grown significantly, more than doubling from the 8.5% share of the energy mix of 2004. Overall, the EU is on target to meet its 2020 targets, with some countries having already met their 2020 renewable requirements. The Netherlands, France, Ireland, UK and Luxembourg are apparently the furthest away from their 2020 objectives.

Wood, other solid biofuels and renewable wastes accounted for 44.7% of renewables production in 2016, comfortably making them the most important renewable energy sources for the 28 EU countries.

Hydropower and wind power were the next biggest contributors, at 14.3% and 12.4% of the total respectively.

According to the Eurostat data however, the balance of renewable energy sources could be shifting. Despite wood and other solid biomass being the largest contributors to the mix of renewable energy, the rate of increase for these sources and hydropower has been much slower than for others, such as wind and solar.

This article was written by Daryl Worthington, editor of Bioenergy Insight