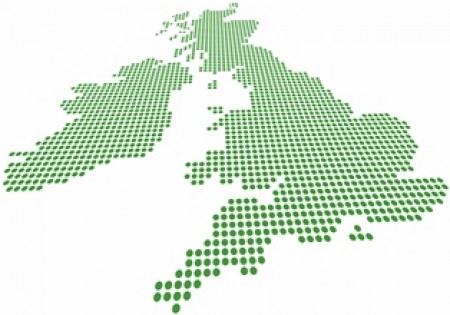 The ETI is a UK-based company formed from global industries and the UK government. It was formed in 2007, but its programme is officially ending at the end of this year.

The ETI showcased its ten years of innovation at a two day conference in London from 21-22 November, 2017.

Speaking to Bioenergy Insight at the sidelines of the conference,  ETI’s Hannah Evans said that bioenergy with CCS (BECCS) was an efficient technology and was critical to deploy in order for the UK to meet its 2050 greenhouse gas emission (GHG) reduction targets cost-effectively.

To tackle the causes of climate change, the UK has committed to an 80% reduction in its GHG emissions by 2050, compared to 1990 levels.

Evans said BECCS can deliver negative emissions (net removal of CO2 from the atmosphere) whilst producing energy in the form of electricity, heat, gaseous and liquid fuels.

She added: “Even if we do not have a situation where we are able to deploy CCS by 2050, we still see an important role for bioenergy to provide low-carbon heat.

“Bioenergy is the largest source of renewable energy in the UK, but it is still hidden. Some people know about Drax (UK power company) but not about the other ways in how bioenergy has been used in the UK. For instance, not many people know about the waste-to-energy sector helped by subsidies like the renewable heat incentive (RHI).

“Bioenergy does go through peaks and troughs. However, I think people are starting to recognise the value that bioenergy can bring in the long term for our energy system to deliver lower carbon.”

According to the ETI, the scale of biomass in the UK today, and in particular its use in a large unit like Drax’s one, produces CO2 in sufficient quantities to deliver economies of scale in the capture of CO2. On a smaller scale, the UK has the opportunity to fit CCS to existing bioethanol plants.

However, even though the UK has no large CCS projects, large-scale underground storage in North Sea aquifers has been practised in Norway since 1996, and by 2017, 22 plants globally will be running CCS technology applications, spanning post-combustion and pre-combustion coal, natural gas steam reforming, bioenergy, and applications from power, gas production, refining, chemicals and steel.

The ETI’s role was to act as a conduit between academia, industry and government to accelerate the development of low-carbon technologies.  The ETI’s strategy team worked across a portfolio of nine technology programme areas and undertook system wide energy modelling analysis to help build a better understanding of the UK’s energy challenges.

Even though the organisation officially wraps up at the end of this year, it still has a two-year phase out as it is still hasn’t completed all its technology projects. At the ETI conference in London, delegates heard about the company’s plan to bring a waste gasification plant online next year in West Midlands-based Wednesbury.

The 1.5MWe facility, which will produce enough electrical power to supply 2,500 homes, will use advanced gasification to produce power at high efficiency and high reliability from sorted and processed municipal waste.

The project will convert about 40 tonnes a day of post recycling, refuse derived fuel (RDF) produced locally into a clean syngas. The syngas will then be converted into power using a modified high- efficiency gas engine, and waste heat generated from the engine will be made available to heat a local swimming pool.

Separately, the audience also heard from Jeanette Whitaker, NERC Knowledge Exchange Fellow for Bioenergy at the Centre for Ecology and Hydrology at the Lancaster Environment Centre.

She talked about an ETI-commissioned project called the ELUM project, which was a three-year study on the sustainability impacts of land-use change to bioenergy crops in the UK.

Evans told Bioenergy Insight that there is value in second-generation bioenergy because you get high yields. She also said that around 19,000 hectares of land are used for bioenergy in the UK at the moment. However, she said "we need to plant 1.4 million hectares if we are going to have a domestic biomass sector that is equivalent to the amount the UK needs to source from the international wood pellet sector" by 2050.