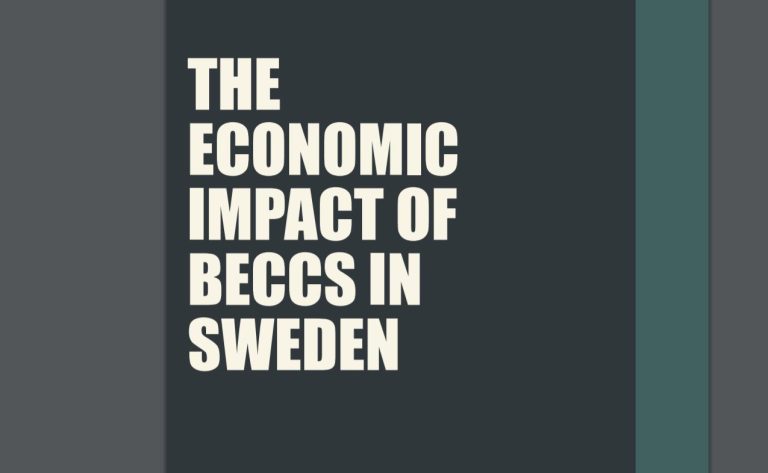 A new study shows bioenergy with carbon capture and storage (BECCS) could create 28,000 jobs in Sweden.

Stockholm Exergi commissioned consulting company Implement Consulting Group to carry out the study, which found BECCS has the potential to become a new industry with positive economic effects for Sweden.

Stockholm Exergi has, with the support of the Swedish Energy Agency, installed a research facility at the bio-cogeneration facility in Värtan, which was inaugurated in December 2019. The company’s goal is to establish a full-scale BECCS plant by the end of 2025. Its calculations show there is potential to capture 800,000 tonnes of CO2 annually at the Värtan facility.

If Sweden were to take advantage of the entire country’s potential and collect and store 30 million tonnes of CO2 per year, it would lead to 11,500 direct jobs or 28,000 in total including indirect jobs, and contribute SEK 24 billion (€2.2 billion) to Swedish GDP.

The survey shows clear positive economic effects from developing BECCS in Sweden. The country now has the chance to build a new industry that is necessary and good for the economy, according to Fabian Levihn, head of research at Stockholm Exergi.

The Swedish Government’s investigation shows a need in Sweden for up to 10 million tonnes of BECCS to meet the country’s net-zero target. BECCS increases the economic efficiency of climate change, meaning an annual saving of SEK 10-80 billion (€946 million-7.5 billion) while achieving zero CO2 emissions by 2045. If the costs reported by the Swedish National Institute of Economic Research for the last emissions in the transport sector are correct, even higher savings of SEK 80 billion (€7.5 billion) per year can be achieved with BECCS.

Sweden has good conditions for BECCS. The potential is much greater than the 10 million tonnes of CO2 that may be needed to achieve Sweden’s climate goals. With the support of Article 6 in the Paris Agreement, Sweden can produce negative emissions of up to 20 million tonnes per year for countries that need to counteract severely reduced emissions with permanent negative emissions, but which lack Sweden’s good conditions. According to Implement’s study, the profit from this export service is valued as a contribution to the Swedish economy of more than SEK 18 billion (€1.7 billion) per year.

Implement’s study calculates that building and operating the industrial venture with an annual volume of 30 million tonnes of permanent negative emissions through BECCS would lead to a total 28,000 new jobs being created while contributing SEK 24 billion (€2.2 billion) to Swedish GDP. If 10 million tonnes of CO2 per year could be sequestered, 6,700 jobs would be created and the contribution to Sweden’s GDP would be almost SEK 6 billion (€567 million).

“In order for Sweden to succeed in establishing an industry for bio-CCS [BECCS], the government needs to continue on the path it has taken and ensure that the reverse auction receives sufficient resources and that it starts up on time,” said Levihn.

“There is no time to lose pace and then the state support needs to come in at an early stage. The support from the government will be an investment for the future.”