Almost half of Danish people unaware of what biomass is, according to study 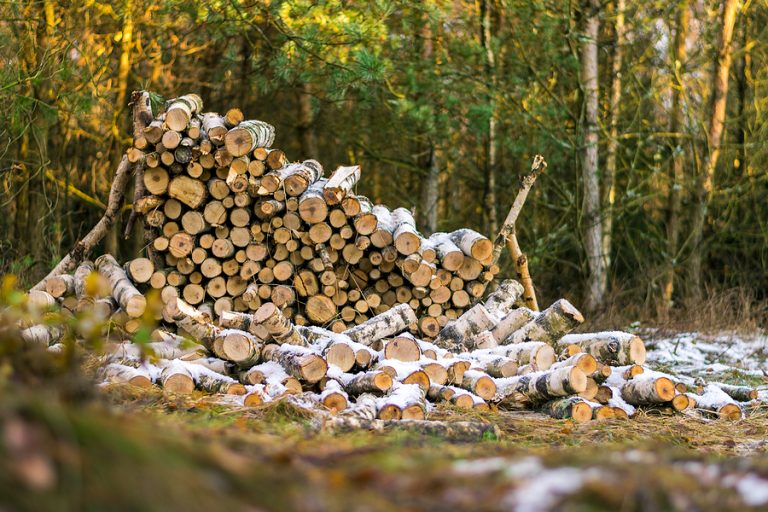 A study conducted by the University of Copenhagen has found that almost half (45%) of Danes have never heard of Denmark's largest source of renewable energy. The university said this is the first study that explores Danish attitudes to woody biomass as an energy source, with the researchers emphasising the lack of awareness needs to be addressed by policy-makers.
Woody biomass is Denmark's largest source of renewable energy by far, accounting for 48% of the renewable supply. The university further commented that "it appears as if Danish combined heat and power plants (CHPs) will be making use of biomass for many years to come".
The institution highlighted that biomass has become a hotly debated topic in recent years - mainly among politicians, researchers, NGOs and energy and forestry sector professionals. Where some see it as a strong alternative to fossil fuels (at least as an interim solution during a green transition), others condemn it as unsustainable. This is because even when biomass is considered CO2 neutral (primarily due to CO2 emissions when it is burned), it is said to have potentially negative impacts on biodiversity, and the majoriy of biomass is imported - resulting in transportation emissions. Denmark is Europe's largest importer of woody biomass.
"We wanted to find out what the Danish public thinks about woody biomass for energy because we don’t see people engaging in the existing debate and because their perception has never been studied. To our surprise, 45% of all participants had never heard of woody biomass prior to our study," said Paula Ugarte Lucas, lead author of the study and a PhD student at the Department of Food and Resource Economics.
The study has been published in the Renewable Energy journal, and also found that 45% of Danes are undecided about whether woody biomass should be used as a substitute for fossil fuel-based energy. This is in contrast to European and American studies that show clear support for the use of woody biomass. For participants, the main reason for this inconsistency is that they lack sufficient knowledge to form an opinion.
"It's a complex issue with plenty of disagreement, even among those who know about it. So, it's not surprising that the public has a hard time taking a stance. However, it is problematic that so many Danes haven’t heard about an energy source that has been used for decades and on which a very large part of Denmark's green transition is based," said Paula Ugarte Lucas.
The study also reported that Danes are deeply concerned about sustainability and climate. Over three quarters (78%) of participants reported being concerned about climate change to a moderate, high or extreme degree - and that the prioritise climate and environmental concerns over economic growth. The majority also agreed with arguments that biomass should only be used if done sustainably and without negative impacts on forests and biodiversity.
"The figures from the study are interesting in themselves. They prompt decision-makers and the energy sector to consider: Should we be concerned? Do we need to engage the public with this topic? Would not doing so be undemocratic? It is important to point out that considerations about sustainability appear to play a major role for the public, even though many people don’t know what biomass is," said Associate Professor and co-author Christian Gamborg of the Department of Food and Resource Economics.
As such, he thought that it would be helpful for the debate to move into the public sphere a bit more, but that the solution is probably not to simply bombard people with information. The results also indicate that there is an obvious need to tighten sustainability requirements even further.
"It's a signal to politicians and other decision-makers. If we want to turn a few knobs in the green transition phase, and want popular support, here are a few clues about what considerations the public thinks are important – biodiversity and sustainability. Then, you can adapt your policy to this by minimizing the climate and environmental costs of biomass, e.g. in relation to where wood pellets are imported from," concluded Christian Gamborg.